The past few weeks have seen the launch of two new privacy coins: Grin and Beam. Grin, the most hyped of the two projects, went live with the mining of its genesis block on January 15. Beam beat Grin into existence by a few weeks, with its January 3 launch neatly coinciding with the 10th Anniversary of the mining of Bitcoin’s genesis block. Both utilize MimbleWimble privacy technology, and both have caused some considerable excitement within cryptocurrency communities. However, both have already experienced their first negative headlines.

For Beam, the negative headlines have been associated with technical issues. On January 9 – just four days after launch – Beam’s official Twitter account warned users of a “critical vulnerability” in “all previously released wallets.” On January 21, a second unrelated issue caused the Beam blockchain to cease working. An official post-mortem blog post describes the issue as being caused by “two cloned wallets (most likely created by copying the same wallet.db file) both [sending] the same cloned UTXO to the blockchain, [resulting] in incorrect cut-through processing and ultimately to an invalid block.”

Vulnerability was discovered by Beam Dev Team and not reported anywhere else.

Beam's blockchain stopped at block 25709, we are investigating and will release an update soon. Stay tuned.

While Grin has yet to run into any similar technical difficulties, it attracted its own share of negative attention as the price crashed soon after launch. AMB Crypto reported on a 97% plummet from a high of $261.65 to $4.60 within 24 hours of the mining of Grin’s genesis block, which CoinDesk quoted Primitive Ventures’ Dovey Wan as calling “the most expensive genesis block one in history.”

But none of this was entirely unexpected and it has apparently done little to dampen excitement around the two new coins. Beam’s launch was preceded by an official blog post warning that the project’s “innovative nature” meant its early implementation was likely to “contain bugs, defects, or errors that materially and adversely could affect the use, functionality, or performance of Beam.” Similarly, Wan voiced caution against early mining of Grin, telling CoinDesk that “Grin won’t be profitable, especially early on.”

Both projects have been in development for some time and a lot of anticipation had built up ahead of their launch.

So what is MimbleWimble and why are these new coins causing such excitement?

One of the best-known crypto figures to have voiced excitement at the launch of Beam and Grin is Litecoin founder Charlie Lee, who told the Magical Crypto Friends YouTube channel that these coins were able to provide “privacy and scalability without sacrificing anything.” Lee compared the coins and their underlying MimbleWimble technology with Zcash, which achieves privacy through adding data to the blockchain, thus making it less scalable. In contrast, Lee characterized Beam and Grin as achieving privacy because they “throw away stuff.” 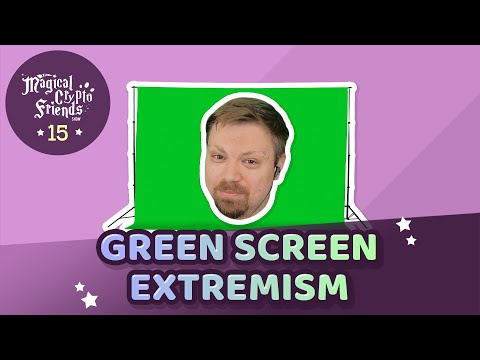 Crypto Briefing describes Grin as “a scalable privacy coin that has no addresses, no amounts, and is therefore less storage intensive than other privacy coins and digital currencies.” MimbleWimble’s data requirements are just 10% that of Bitcoin, making it “more scalable, less centralized, and significantly faster.”

Each transaction made using Bitcoin (and many other established blockchains) works by bundling as many of hundreds of inputs and outputs in order to maintain an accurate record of which coins have spent and which coins remain in users wallets. MimbleWimble allows Beam and Grin to drastically reduce this by creating a unique multi-signature key for each transaction. Equations then remove coins from the sender’s wallet and add them to the receiver’s wallet without publicly broadcasting the transaction to the entire blockchain network. A ‘blinding factor’ is used on all transactions, adding noise data to the publicly viewable portion of each transaction, and making it impossible to see what has been sent and who was involved in the transaction.

As well as ensuring privacy for all transactions and increasing scalability, MimbleWimble also ensures greater network security and decentralization. An issue currently faced by the largest blockchains is that running a full node detailing all network transactions requires the storage of a huge amount of data. Data from Statistica shows that a full record of Bitcoin transactions currently totals just shy of 200GB, while the increased data usage of smart contracts and DApps means a full Ethereum node exceeds 1TB. The more full nodes there are, the more decentralized the network becomes. And while Ethereum plans to incentivize running of nodes with a switch to a Proof-of-Stake (PoS) consensus mechanism in the future, MimbleWimble offers a huge scalability advantage over both Bitcoin and Ethereum in the here-and-now.

MimbleWimble’s unusual name is taken from a tongue-tying curse that features in the Harry Potter series. It was first proposed by a user in a Bitcoin Developers’ chatroom using the handle Tom Elvis Judor, based on the name of Harry Potter’s archnemesis Voldemort from the French version of the books. Judor shared a MimbleWimble whitepaper in July 2016, and this is the basis for the protocol which Grin and Beam have now cast into reality.

Just as with Judor and Satoshi Nakamoto before him, the identity of Grin’s creator is shrouded in secrecy. In contrast, Beam’s official website lists a rundown of its team members, including CEO Alexander Zaidelson. Zaidelson’s resume includes stints with tech firms such as big data analytics firm WeFi and two years working in Israel’s Venture Capital sector.

Satoshi aside, anonymous founders are often a red flag in the crypto space, but most actually see this as one of Grin’s strengths. Grin’s development has been community-driven, with many of its early supporters and developers adopting appropriately Harry Potter-themed pseudonyms. The project’s commitment to decentralization and lack of central leadership has made it enticing at a time of personality-driven conflicts within the crypto space, such as the battle between the Roger Ver and Craig Wright-led factions on either side of the Bitcoin Cash hard fork.

Beam’s approach is much more business-like, from the transparency of its team to the economics that underpin it. While both projects eschewed the typical cash cows of an ICO or pre-mine before activating their main nets, 20% of Beam mined within the first five years will be transferred to a Treasury. This amount will then be shared out among Beam’s core team, investors, and a non-profit foundation.

Another fundamental difference is that the potential supply of Grin is infinite, while Beam will be capped at 262.8 million coins. As with Bitcoin, Beam’s mining reward will decrease over time until the supply is exhausted; the project’s website states this will happen in 133 years from now.  Beam is therefore designed to be deflationary, while Grin is designed to be inflationary. This significant distinction represents a fundamental philosophical difference between the two projects.

Beam’s website emphasizes that “the performance will not be high enough for BEAM to be used as “means of exchange,” and that it will instead function primarily as a “store of value.” In contrast, Grin aims to use the MimbleWimble technology to create a Bitcoin-like crypto that can actually function as a means of exchange.

While Bitcoin was envisioned in the original whitepaper as a usable currency, a combination of volatile short-term prices, long-term price appreciation, and slow transaction times have all combined to make it functionally useless as a means of exchange. Combining the scalability benefits of MimbleWimble with an uncapped supply, Grin is aiming to overcome these limitations and promote its use as a currency.

The philosophical differences between Beam and Grin are also apparent from sections of each coin’s website detailing the projects’ funding. While Beam lists numerous VC firms on its ‘Investors’ page, Grin’s website solicits donations and details past community fundraising efforts.

Despite this, Grin seems to have made more headway than Beam with VC firms since the project launch. CoinDesk quotes an anonymous partner of a crypto investment firm as enthusing: “This is the thing that comes closest to bitcoin… In a lot of investors’ minds it kind of pattern-matches to ‘bitcoin 2.0.” The same article includes a raft of similarly enthusiastic soundbites from other VC firms and mining operations, with an extract taken from Primitive Venture’s Proof of Work newsletter neatly surmising the unusual levels of attention Grin’s attracted:

“There is (by our conservative estimates) 100 million dollars of mostly VC money invested into special-purpose investment vehicles to mine Grin. This does a lot of weird things: it turns a bunch of people who would have been buyers of grin into sellers of it, it changes the composition of the early holder roster, and it means the chain will launch with an extremely high degree of security via high PoW hashrate.”

The unbridled enthusiasm surrounding a potential ‘bitcoin 2.0’ has led to it becoming – in the words of mining entrepreneur Josh Metnick, quoted in the CoinDesk article – “already overmined.” Primitive also explicitly told CoinDesk that it was expected to be inflationary for the first few years, and thus unprofitable to mine.

MimbleWimble isn’t the only technology that sets Grin and Beam apart from other existing cryptocurrencies. Back in November, a Bitcoin Magazine article compared the two and their claims to offer total privacy of transactions. The writer, Aaron van Wirdum, suggested that someone interested in discovering the identities of participants in the network could potentially operate ‘a spy node.’ This would involve noting transaction details over time and gradually building up a picture of where coins were located in the obscured networks. However, Wirdum mentioned that an additional layer of privacy could be by incorporating a technique known as ‘Dandelion.’ Dandelion works by sending transactions on a random path through the network, ‘diffusing’ the transaction data across the network in a manner analogous to dandelion seeds being diffused in the wind. Both Beam and Grin have incorporated this and other techniques aimed at ensuring the network privacy.

Another criticism of their ‘revolutionary’ status is that they are not the only projects to be incorporating MimbleWimble to enhance privacy. As Ricardo ‘Fluffy Pony’ Spagni pointed out on Twitter, Tari Labs is currently implementing MimbleWimble as part of a sidechain for Monero.

Spagni appeared alongside Charlie Lee on the episode of Magical Crypto Friends discussing Grin and Beam. Spagni laughed off the idea that, as a leading proponent of Monero, he might be “scared” by the hype surrounding these new privacy coins. He instead directed viewers to an even-handed and fairly comprehensive report on Grin and Beam completed by Tari Labs prior to both coins’ launch and expressed interest in seeing how the projects developed.

Lee was then asked for his opinion on potentially implementing MimbleWimble on a privacy-focused sidechain for Bitcoin or Litecoin. Lee was dismissive of the idea’s usefulness, saying that any sidechain solution is inherently inferior to a stand-alone coin secured by mining. While Spagni’s only reaction to Lee’s statement on the video is a wry smile, he recently retweeted this comedic take on Beam’s early difficulties.

Proclamations of either Grin or Beam being a ‘Bitcoin 2.0’ are sure to spark FOMO and derision in equal measure. Lee drew laughter from all involved when he described Grin as “the new Bitcoin, right?” on Magical Crypto Friends. But with its emphasis on decentralization and community-driven development, its easy to see why Grin’s development has been compared to the original cryptocurrency. But with the main net less than a week old, there’s a long way to go before it can begin to live up to such wild expectations. And with a purposefully deflationary supply, it’s been specifically designed to prevent the type of rampant speculation that fueled Bitcoin’s surge toward $20,000.

With their incorporation of next-generation crypto technology, Grin and Beam are the most talked-about new coins in quite some time. Whether they’ll still be big news ten years from now is a question with a lot of money riding on it.