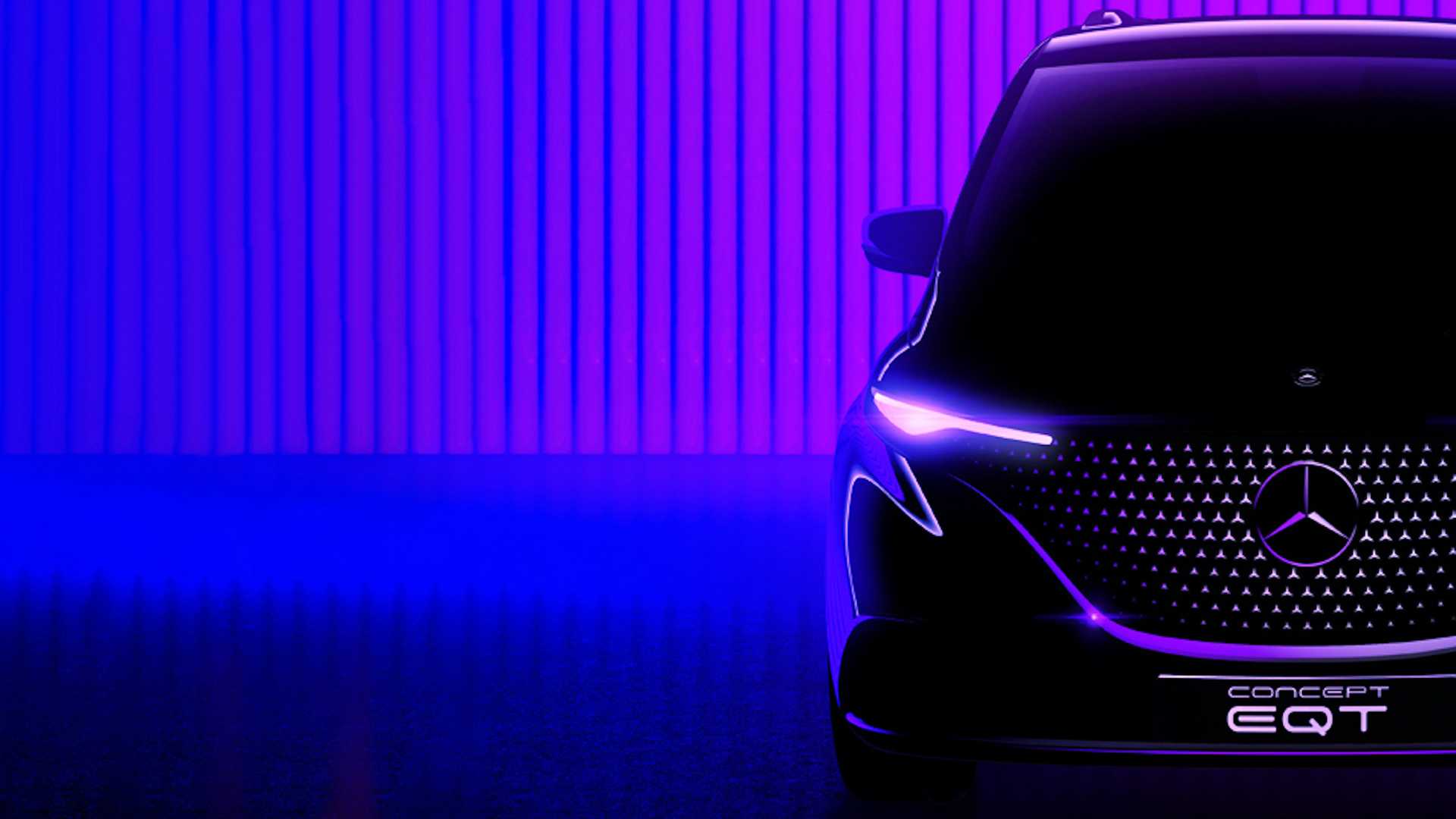 Mercedes-Benz has freshly teased a new concept EV, known as the EQT, slated to be fully unveiled on May 10. What’s exciting about this EV is that it’s a minivan. Mercedes-Benz launched the EQV electric van late last year, so the manufacturer has some experience in this area.

One primary difference between last year’s EQV and the concept EQT is that the latter is likely to be somewhat cheaper, thus reaching a broader segment. Mercedes-Benz said that American pro skateboarder Tony Hawk would unveil the new EQT electric minivan.

Though the company will only unveil a concept on May 10, the company said it will resemble the production variant that will eventually reach the markets.

“The near-production Concept EQT offers a clear glimpse of the electric version of the forthcoming T-Class. With the completely newly developed city van, Mercedes-Benz Vans is transferring the winning formula of the V-Class people carrier to a compact format and bringing a new level of quality to the small-van segment. The Concept EQT combines a spacious and variable interior with attractive design and Mercedes’ hallmark high standards of comfort, connectivity, value, and safety,” parent company Daimler said in a release.

While Mercedes-Benz didn’t disclose hardware information about the electric minivan, the manufacturer shared some info on the design principles in play here, calling it a mix of “emotion and intelligence” while dubbing it “Sensual Purity.”

We’re hoping for more details to drop on May 10. The event is expected to begin at 11 AM CEST (5 AM ET). The company is expected to offer a live stream of the unveiling.

Daimler is speeding ahead with its EV plans, given that we’ve seen multiple EV releases from the manufacturer over the past week. However, it will be interesting to see if these EVs can dent Tesla’s dominant hold on the industry, particularly in the U.S.

What do you make of the concept?