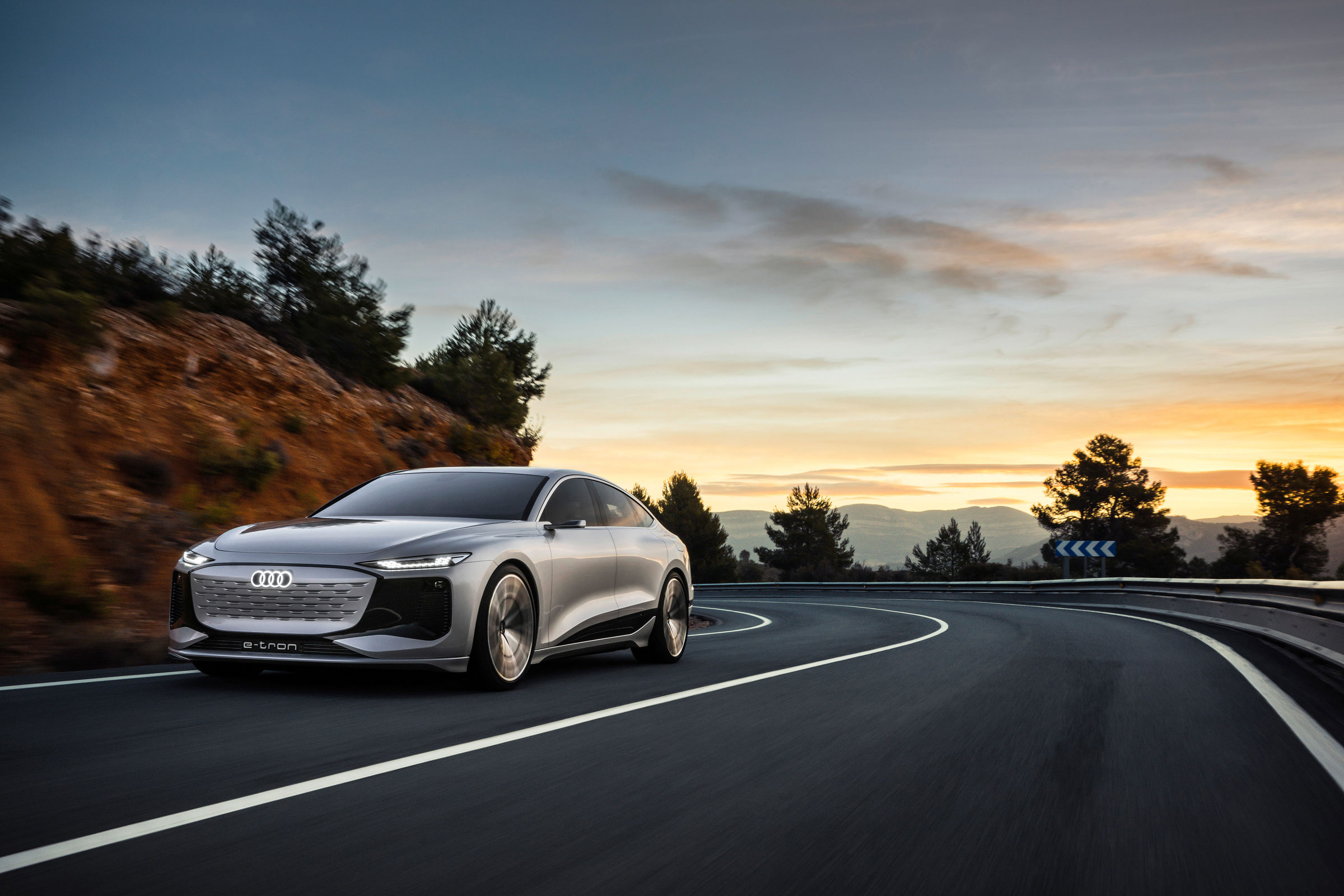 Less than a week after announcing the Audi Q4 e-tron, the manufacturer has now unveiled an electric sedan concept, known as the Audi A6 e-tron. The automaker showed off this new concept at Auto Shanghai 2021 on Monday.

However, unlike the Q4 e-tron lineup, the A6 e-tron will be running on a new EV platform, known as “Premium Platform Electric” and shortened to “PPE. Audi said that this platform would be co-developed with fellow automaker Porsche. It’s worth noting that the two companies have been working on this platform since 2017.

Audi went on to say that a handful of new EVs will be based on this platform, with the first expected to arrive by late 2022.

The specifications revealed by Audio for the A6 e-tron are pretty impressive, including a 100 kWh battery pack with the ability to charge at 270 kW on an 800-volt charger. The company further states that a 270 kW charger can juice up the EV from 5 to 80% in around 25 minutes.

Meanwhile, this electric sedan is expected to have a 350 kW (469hp) motor that can accelerate from 0-62 mph in under four seconds. Further, the A6 e-tron will reportedly have an aerodynamic drag coefficient (Cd) of 0.22. The EV is also expected to be packing 22-inch non-aerodynamic wheels.

As for the range, the A6 e-tron with its 100 kWh battery can reportedly run for up to 700 km (435 miles) based on the WLTP cycle. Although this is only a concept car, the range mentioned by Audi would put this among the most efficient EVs in the market, including the Tesla Model S.

The new EV will also introduce some futuristic features such as the Audi Digital Matrix LED headlights, which can be controlled with your smartphone. Audi is expected to keep most of the specifications from the concept on the production version, though we expect some minor tweaks. The automaker said that the A6 e-tron should reach markets by the end of 2022.

Here are a few images of the new concept:

What do you make of the Audi A6 e-tron? Let us know in the comments below.