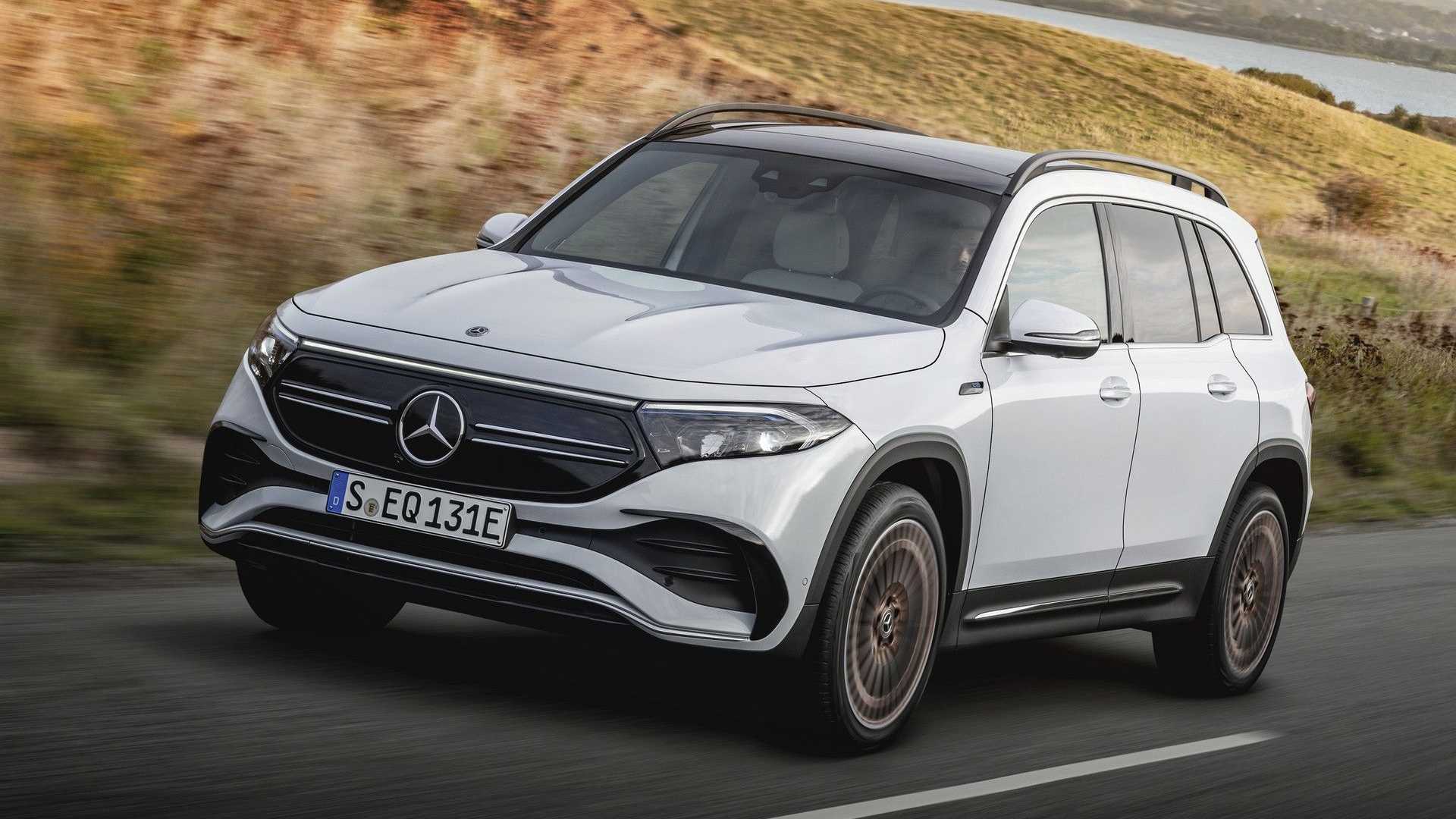 Mercedes-Benz has been reasonably busy in the auto industry over the last few days with the announcement of its electric luxury sedan, the EQS.

A few days later, the manufacturer teased the arrival of the mid-size EQB SUV, also sporting an electric powertrain. As promised, the automaker revealed the EV in its entirety during Auto Shanghai 2021 while also offering some minor details on hardware and availability.

For starters, the Mercedes-Benz EQB is a seven-passenger crossover and will be available in variants known as EQB 350, 350 4MATIC, and EQB 300.

Though no specific information was provided on the range of the EQB lineup, Daimler said in a release that it would use batteries with usable capacities starting from 66.5 kWh. The manufacturer said that it would also unveil a version of the EQB with an extended range.

Meanwhile, an AMG variant of the EQB will be launched in China with a dual-motor, all-wheel-drive configuration. The company has said that EQB should reach the U.S. in 2022, though no specifics were provided.

The EQB will first go on sale in China, followed by Europe this year. A large portion of EQB headed for global sales will be produced in Europe, the company said.

Despite being a seven-passenger EV on paper, Daimler clarified that the third row of seats would only be suitable for passengers that are no taller than 5’5”. This could prove to be an inconvenience for some customers.

The automaker further said that it will unveil more details on powertrain options, range, and so on in the coming months. With Europe and China expected to get the EV this year, we shouldn’t have long to wait to get a clearer picture of the EV’s hardware.

Here are some pictures of the Mercedes-Benz EQB followed by a preview video posted by the automaker:

Do you like what the Mercedes-Benz EQB has to offer?