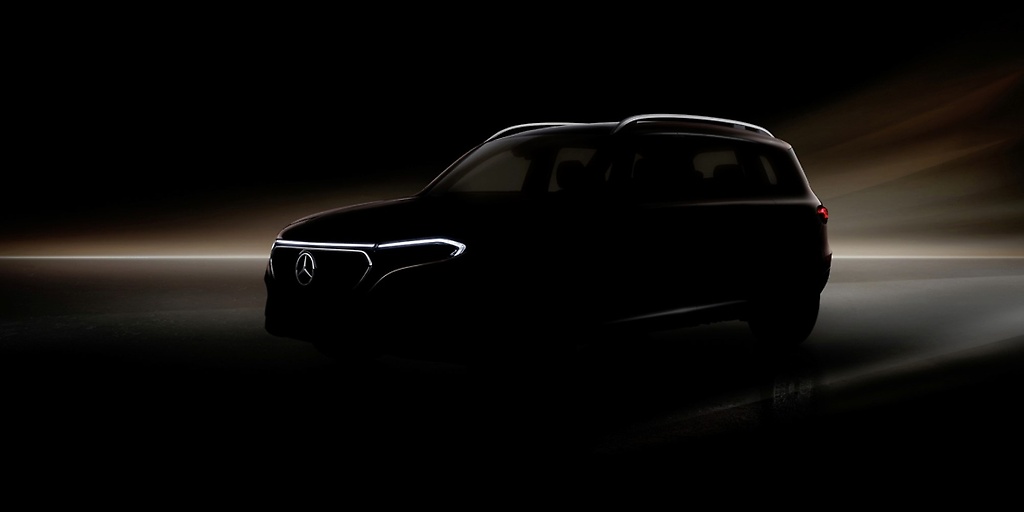 Just a day after (fully) taking the wraps off the Mercedes-Benz EQS sedan, the German automaker has now teased a new mid-size electric SUV/crossover known as the EQB.

While only a partial image of the EV was revealed, Mercedes-Benz said it would offer more details on Sunday, April 18, at Auto Shanghai 2021.

The EQB will reportedly have seven seats, with U.S. availability beginning sometime in 2022. Expectedly, the EQB will venture into a crowded segment with the likes of the recently unveiled Audi Q4 e-tron along with the Tesla Model Y.

Parent company Daimler said in a release, “Mercedes-EQ will unveil the all-electric compact EQB SUV on Sunday, April 18th, 2021. The EQB World Premiere @ Mercedes-EQ Night Shanghai will take place on the eve of the first press day of Auto Shanghai 2021.”

The company said that the event would also highlight its “Lead in Electric” claim, adding that this electric crossover will have 1,700 liters of luggage capacity.

Mercedes-Benz hasn’t shared more information on the EQB, though the teaser image does give us a good idea of what to expect.

The company will offer more information on the EQB’s hardware during Sunday’s event. Pricing information is unavailable right now, though we hope this will cost lesser than the EQS luxury sedan. We should have a better idea of this based on the prices set by the company for China and the European markets.

The EV will be available in China first, followed by Europe before the end of 2021. American markets will get it next year. A more precise launch timeline for the U.S. should be available by the end of this year. In addition to the EQB, the event in Shanghai will also see the Asian debut of the Mercedes-Benz EQS, the company said.