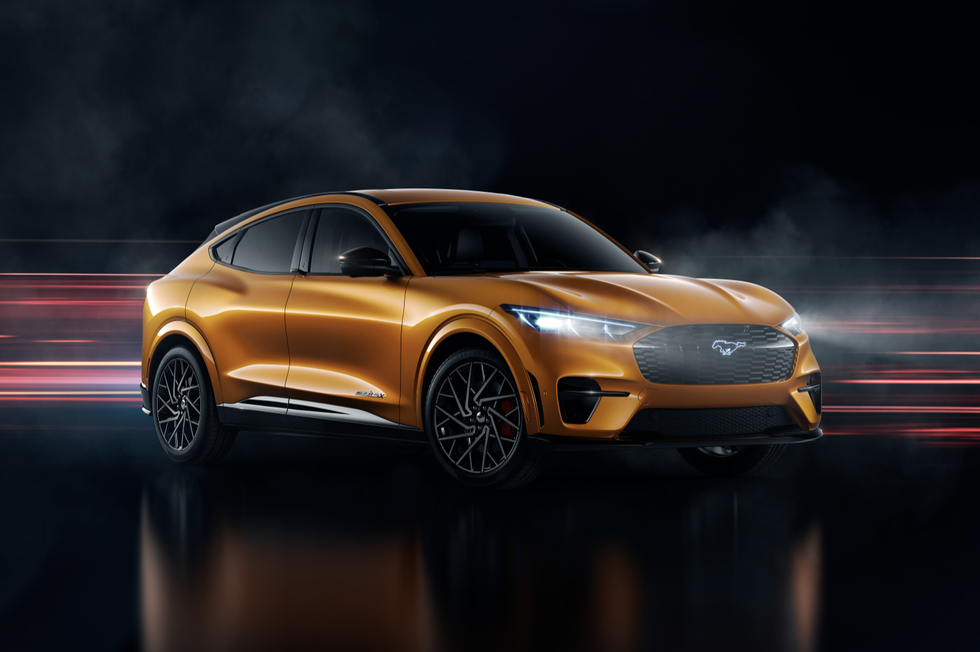 While there’s plenty of expectations with the Ford Mustang Mach-E, this is not the only electrified Mustang coming out of Ford’s inventories over the next year. The most powerful among the electrified Mach-E variants will be the Mustang Mach-E GT. Today we’re learning about two new colors that this beast will be available in – Cyber Orange and Dark Matter Gray.

Ford has mentioned that orange remains one of the most popular color variants among Mustang models, and it’s only fair that the 2021 Mach-E GT gets the same treatment, in addition to the powerful engine. As for the internal specifications, this automobile can produce 612 lb-ft of torque with 459 horsepower.

Ford will sell two variants of this high-performance EV including the standard GT and the GT Performance Edition. The latter can reportedly offer 0-60 mph acceleration of just over 3 seconds. In terms of comparisons, Ford has previously mentioned that the Mustang Mach-E GT will be faster off the line than the Porsche Macan Turbo.

These two models will differ slightly from the standard Mustang Mach-E models thanks to the inclusion of 20-inch wheels, a GT badge on the back, red brake calipers, and Ford’s iconic MagneRide suspension system. Since the vehicle hasn’t been out and about yet, it’s unclear if the suspension actually works as it does on Mustang models.

Ford is currently taking reservations for the Mustang Mach-E GT models with first deliveries to customers scheduled to begin by summer 2021. The Mach-E GT will have a base price of $61,600.

In addition to the colors mentioned above, the Mustang Mach-E GT can be reserved in colors like Rapid Red Metallic, Grabber Blue, Space White, Iconic Silver, Star White Metallic, and Shadow Black. Ford is expected to release the standard Mach-E models in the U.S. by late 2020.