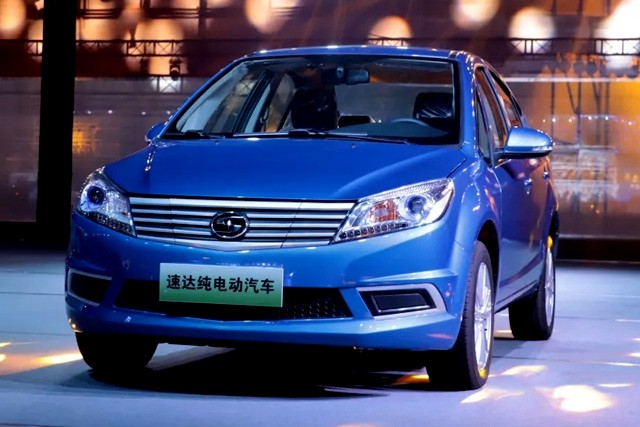 Chinese manufacturer Suda Electric Vehicle Technology has just started the first shipments of its EV to Germany, a report said. The company has shipped 200 units of the SA01BC three-box compact electric sedan from its unit at Sanmenxia which is located in China’s Henan province. It will then be shipped from the Tianjin port on its way to Dusseldorf in Germany.

Suda will reportedly ship over 12,000 EVs to Germany by the end of this year as per a contract signed with German distributor DCKD in 2019. However, the company failed to divulge more details about the nature of the contract. Suda is also keen on shipping EVs to parts of Southeast and Central Asia.

Suda came into existence in 2010 and was initially manufacturing low-speed electric vehicles. The company received permission from Chinese regulatory authorities to produce standard EVs in 2019.

The SA01BC sedan is said to have an electric range of 305 kms (189 miles) while its top speed is rated at 130 kph which is around 80 mph. Chinese automakers have been actively trying to get into the European markets given the demand for EVs in the region.

The domestic EV market in China is currently crowded with plenty of options, and the market recently saw a new addition in the form of the Maple 30X which is a sub-$10,000 crossover EV with a bunch of attractive features under the hood. The market is already acquainted with the Xpeng P7 which is also known as a “Tesla clone” for its uncanny similarities with Tesla’s Model S. This automobile also comes with its own version of tesla‘s Autopilot.