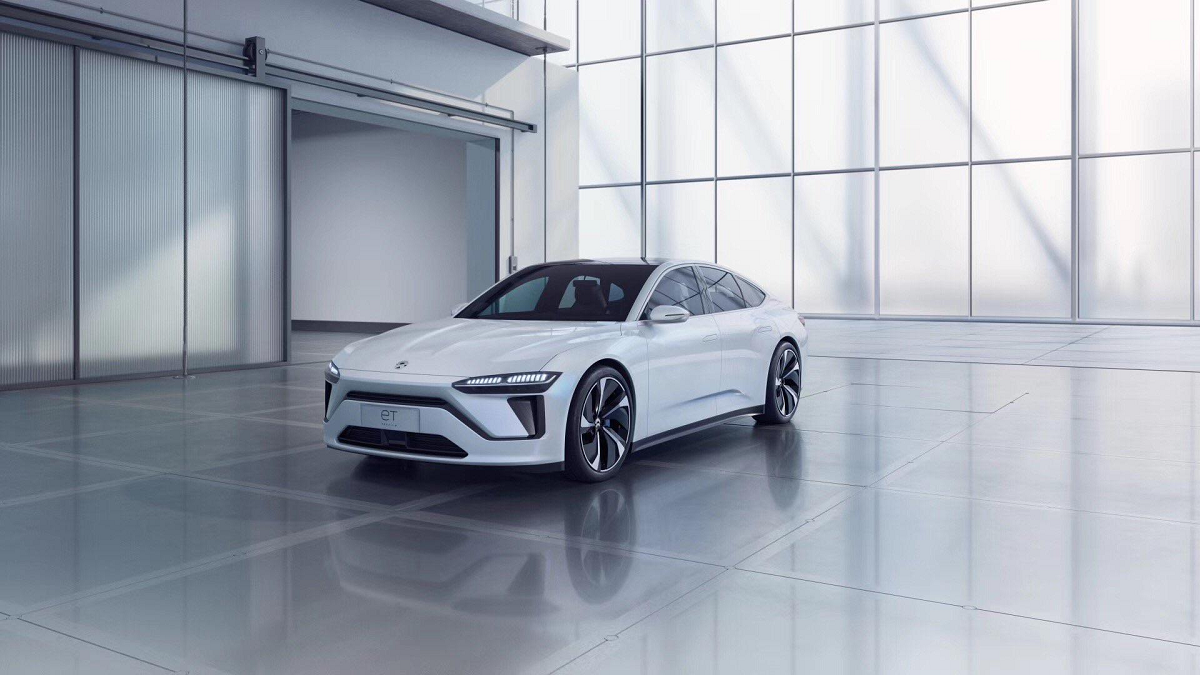 Nio Co-founder and President Lihong Qin said in a recent live broadcast that the Chinese EV manufacturer is accelerating its progress and strives to release a new generation of flagship cars at the next NIO Day at the end of this year. Basing on what is currently in Nio’s pipeline, this new car is most likely the Nio ET7, which would be Nio’s first luxury EV sedan that would rival Tesla Model S.

The new NIO model of will continue to maintain the family-style, because the body of the new car is positioned lower. The front face is sharp, and the headlight size has also increased.

In addition, the rear of this model uses a large slip back shape, and has taken after tesla‘s invisible door handle design.

Rumors of the NIO ET7 has circulated frequently in recent months. It was first unveiled at the 2019 Shanghai Auto Show. NIO ET7 may be built on the second-generation platform currently under development, and will be equipped with an L4-level driver assistance system.

As for technical details, there are some speculations from carnewschina.com:

NIO to launch ET7 sedan on the Shanghai Auto Show

Chinese EV-maker NIO is doing well. They have two cars on the market now: the ES8 and ES6 electric SUVs. Next up is a sleek sedan called the ET7. NIO calls it a ‘sedan’ but it seems more a sedan-coupe.

The ET7 seems solely aimed at the tesla model s. No details yet on powertrain, but best guess would be something similar to what the ES8 has: two electric motors with a combined output of 643 hp and 840 Nm, good for a 0-100 in 4.37 seconds and a 200 km/h top speed.

At this moment only the 70 kWh battery pack is available, which gives the NS8 a range of 355 kilometers NEDC. A larger 84 kWh package is on the way, which brings range to 500 kilometers.

And for the ET7 sedan to tackle the Model S, it would need 500 kilometers at least.

The ET7 that will debut in Shanghai is officially still a concept, but it will be very close to production. NIO has released a very vague teaser, but fortuenately we also have a leaked app-image, showing the ET7 in full.

Could the NIO ET7 be a formitable competitor to the tesla Model S? CEO William Li certainly thinks so. The NIO CEO says his company will be profitable in less time than it took Telsa, so it would need help from the new flagship NIO sedan.