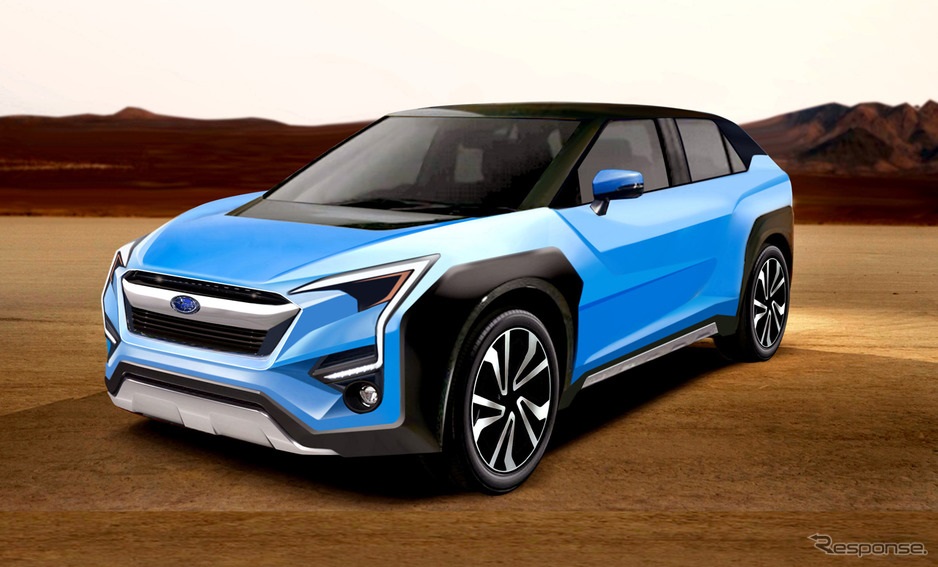 In June 2019, Toyota and Subaru announced on their respective websites that they would jointly develop a new electric vehicle platform. Now Subaru is reportedly developing its first electric SUV crossover with Toyota engineers, the new EV could be named the Subaru Evoltis according to Japanese auto site response.jp.

Here are some of the recent concept car designs which should give a better sense of how the “Evoltis” will look like.

The front grille appears to take after the traditional Subaru design, but the headlights look more like that the Toyota Rav-4 or even the Lexus RX suv.

Subaru had announced a 10-year plan earlier this year to add EV models to all of its lines by the end of 2025, and to make electric or hybrid vehicles account for more than 40% of global sales by 2030.  The goal is to reduce the average carbon emissions by 90% by 2050.

Subaru registered the trademark right of Evoltis in the United States in 2018. At that time, it caused widespread discussion to guess which new car this car name will be used for.  If Japanese media reports are true, then Evoltis should be Subaru’s first pure electric SUV.

Evoltis may use a newly developed pure electric power system that can output a maximum horsepower of 280 horsepower, and since majority of Subaru models are all-wheel drive, the Evoltis should be no different, so a dual-motor is expected as the base model. And with most dual-motor electric cars, you can expect lots of torque and super fast acceleration.

Evoltis is expected to be released in October 2021, that is, if it can be successfully held during the Tokyo Motor Show.