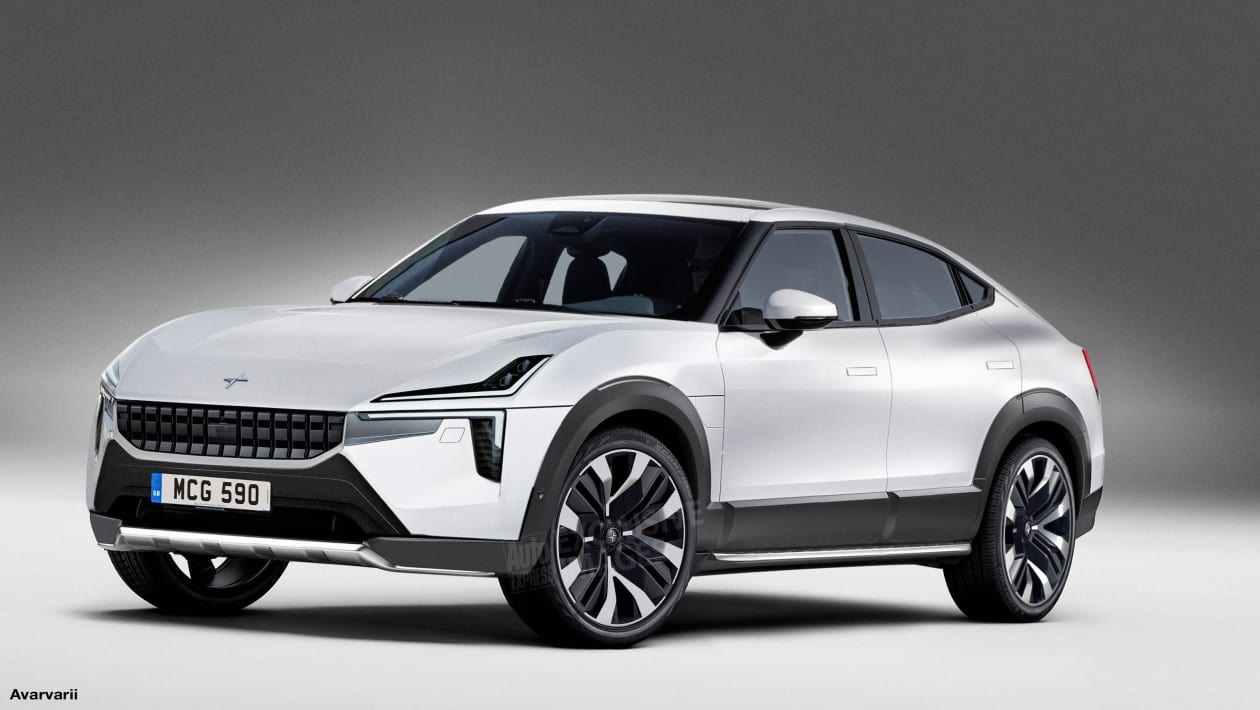 The Polestar 3 was originally thought to be based off the concept car revealed earlier this year that looked more like a sports car. But now according to Auto Express, Polestar 3 will actually be Polestar’s flagship all electric SUV that will use Volvo XC90’s platform.

Autoexpress released some Polarstar 3 renderings earlier this weekend. It is said to be modeled off Volvo’s flagship SUV, the XC90. The two models will share the same platform once production starts. Polestar 3 reportedly will have a range of 500 km (~311 miles) on a full charge.

Just purely from the renderings, the Polestar 3 appears to have a feel of a crossover coupe SUV, and the slip-back body creates a good sense of sleekness, much like the Jaguar I-Pace. The front has the signature Polestar grille, and the headlights and car logo reflect the design elements of the “North Star”. Like other Polestar models, the taillight also adopts the notched rectangle when lit.

According to Max Missoni, the head of design at Polestar, Polestar 1 is based on the Volvo Concept Coupe concept car, and from Polestar 2, there are new design elements. As for Polestar 3, it will be based on the Precept Concept concept car. Therefore, many elements of the concept car will be applied to the Polarstar 3.

In terms of power, Polestar 3 is positioned as a high-performance pure electric SUV, so the new car will likely adopt a dual-motor drive layout.

The Polarstar 2 gets about 402 horsepower, the acceleration of 0-60 mph in 4.7 seconds, running on a 78 kWh battery pack. So we would expect the Polestar 3 to exceed all those specs. The dynamic performance of Polarstar 3 will also be more powerful. In terms of battery life, it is reported that the mileage of the new car will exceed 500 kilometers (311 miles).

It is reported that the new car is expected to be officially unveiled in 2023, which then it will start directly compete with the luxury pure electric vehicles such as tesla Model X and Audi E-Tron.