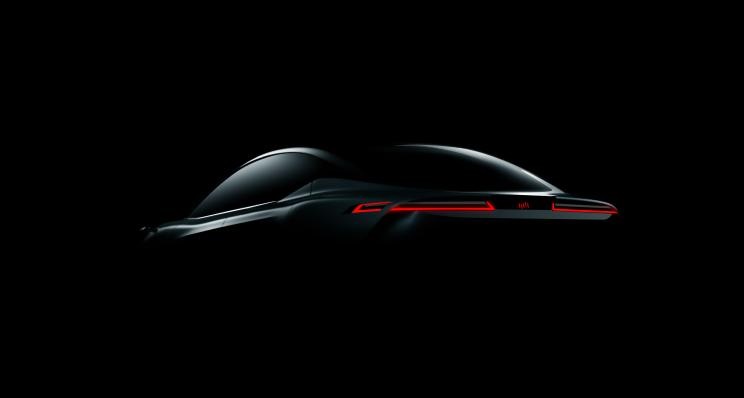 Chinese car maker Weltmeister unveiled sketches of its first pure electric sedan concept car. The new EV is expected to get NEDC mileage of 497 miles, and is equipped with a 5G technology can achieve the level of L3 autonomous driving and L4 level autonomous parking.

This concept car will make its debut at the Weltmeister Online Press Conference on May 10, and mass production is expected in 2022.

As can be seen from the sketches, the body line of the new car is very smooth, and uses a slip-back design. The penetrating LED light strip of the front face extends to the side of the front cabin cover, so that the width of the front of the car increases in visual effect.

Although the car is a four-door version, there is no B-pillar on the side of the body in the sketches, which has the charm of a coupe.

The mass-produced version of the model will retain the design and functionalities of the concept car, but there may be changes, include adding B-pillar and adding traditional exterior mirrors.