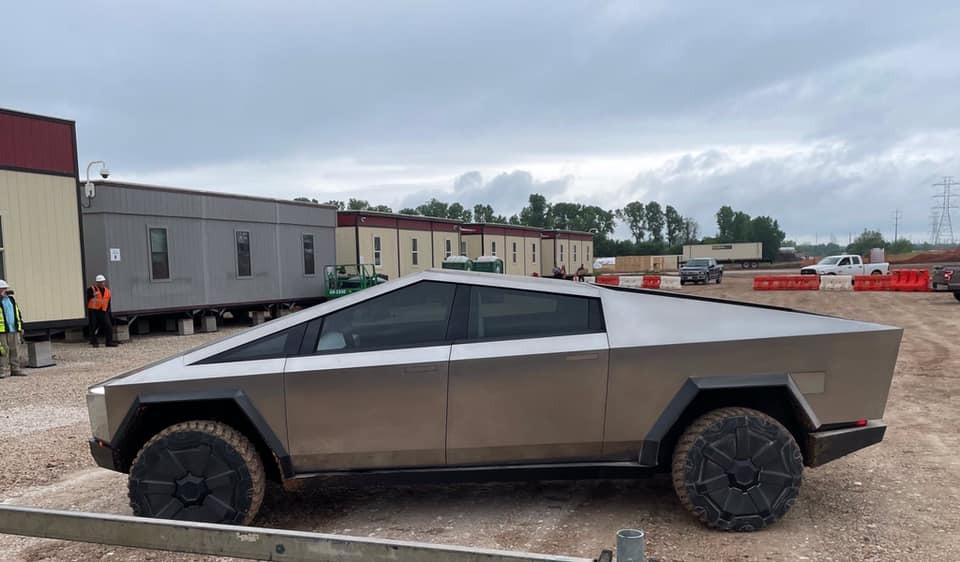 Some new pictures and a video of the Tesla Cybertruck have found their way onto subreddit r/TeslaMotors on Reddit. Moreover, the Cybertruck here is revealed to be driven by Tesla CEO Elon Musk. He confirmed the sighting on Twitter, ”I was just there, driving Cybertruck around the site where it will be built!”

However, the electric pickup bears the 17-inch infotainment system and the yoke steering system, akin to the recent Model X and Model S upgrades. It’s clear from the pictures that the workers at Giga Texas were quite excited about the arrival of the Cybertruck. Another picture shows Musk addressing the workers.

The release timeline of the Tesla Cybertruck has been adjusted multiple times. However, the anticipation for this electric pickup has not subsided one bit. Tesla has previously said that the demand for the Cybertruck initially has surpassed its expectations.

Musk has said that the EV will go into limited production in late 2021, with mass production expected in 2023. However, the CEO hasn’t confirmed if the Cybertruck will reach at least some customers by the end of 2021.

Here’s a glimpse of the Tesla Cybertruck’s visit to Giga Texas:

What do you make of the Cybertruck? Let us know in the comments below.