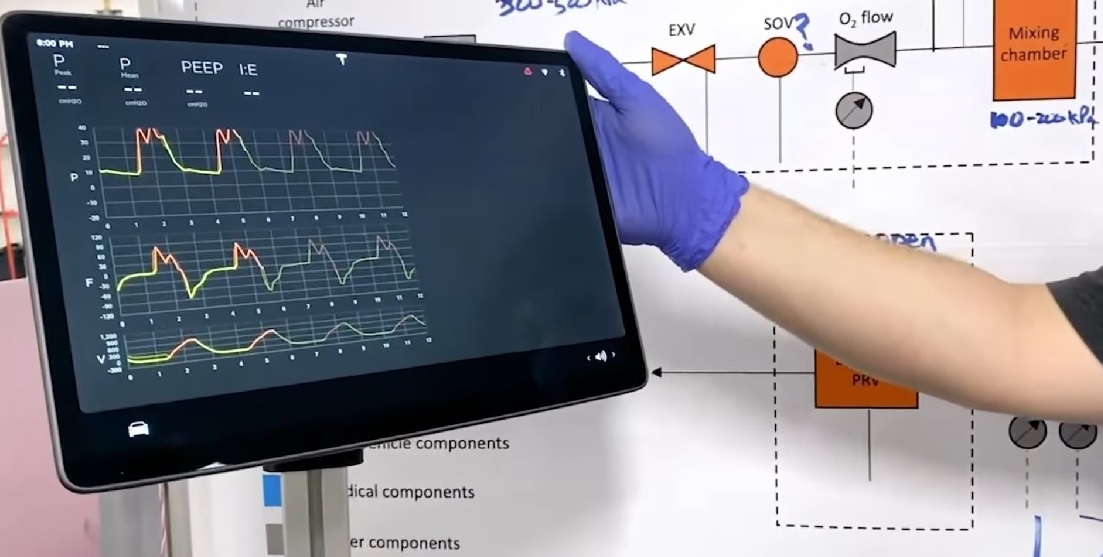 Engineers at Electric Car maker Tesla, released a video on their official YouTube channel to show a prototype of a ventilator that will be supplied to hospitals around the country. Currently, there is a massive shortage of ventilators in the United States to treat COVID-19 patients with pneumonia and are facing equipment shortages.

An engineer said that the design of this ventilator sources several car parts from Tesla Model 3, which also allows the company to rearrange existing inventory and quickly produce this device.

tesla CEO Elon Musk said two weeks ago that he plans to reopen the New York factory to produce ventilators.

The video does not specify the timetable for making the ventilator. But we have seen some tesla ventilators already delivered to a few hospitals in the Northeast.

The Coronavirus disease (COVID-19) epidemic, has been rampant since 2019, and governments around the world have called on automakers and aerospace companies to help obtain or manufacture respirator and other medical equipment.

In the video the tesla engineer said, “There is still a lot of work to be done, but we are doing our best.”

Check out video below:

Ford Motor Co said on March 30 that it will work with General Electric’s medical equipment department to produce 50,000 breaths at a factory in Michigan in the next 100 days. After that, 30,000 units can be produced every month as needed.

Musk said on March 31 that he plans to provide free respirator approved by the US Food and Drug Administration (FDA) to hospitals in areas where tesla cars are supplied.