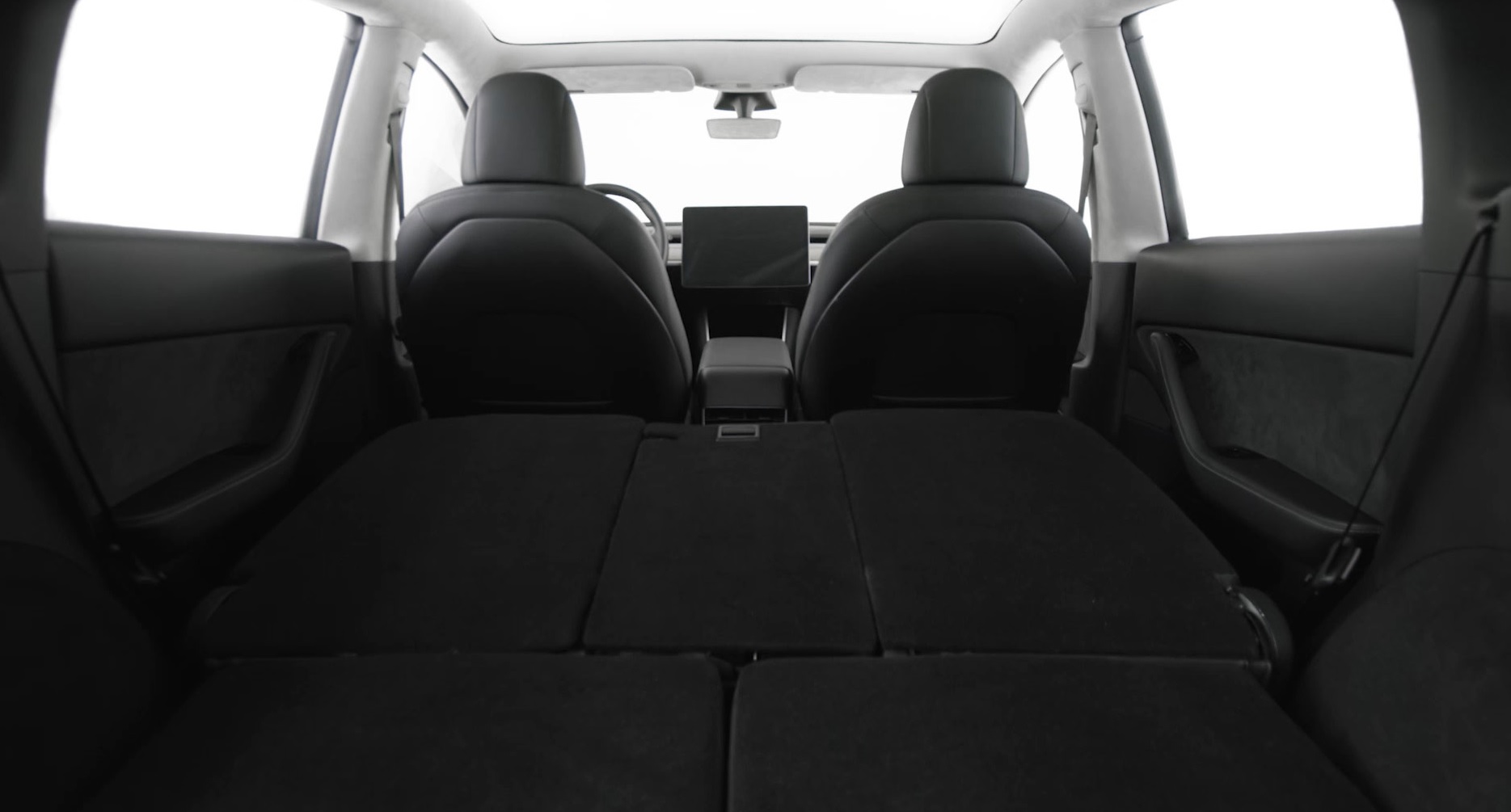 Let’s face it, the Model Y is probably the hottest electric vehicle right now. But there have been so many fuses about its features, including the purported 7 seater third row. The electric crossover is also different from its sedan sibling when it comes to the seating, particularly the 7-seat option that will be available in early 2021.

When it becomes available with a third row, we are not sure how that will fit in, because many people think the option will be very cramped. From what we’ve gathered so far, the seats may be forward-facing, although few people like Sandy Munro think it could face the rear.

When it’s available, the three-row interior will be priced at $3,000, and its features may not be far from that of Model X. What we are certain about is the fact that the Telsa Model Y Third Row Seven Seater will be available by 2021. What no one is sure about is whether it will come as rear-facing jumps seats or forward-facing seats.

But Model Y owner and YouTube vlogger, Erik Strait, is making a case for the former layout.

Sandy Munro, who is a professional dismantler, also believes that the Tesla Model Y will come with three-row rear-facing seats because of space limitation and the shape of the roof.

The only issue with the Model X seat is the fact that it’s too long for adult passengers and too wide to fit properly in the cargo area. But tesla may put things right with the third-row feature. Most customers would prefer such a feature in a compact-sized crossover.

Space could be compact because of the seat

Many people have lodged concerns that Telsa model Y third-row Seven Seater would take up a lot of space. But the amount of space available will depend on how the seats are arranged.

When Erik Strait tried fitting his Tesla with some extra Tesla seats lying around, they didn’t fit as he expected and most of the spaces were covered. But it seems Munro’s experiment was more comfortable. Strait is a bit taller than Munro, which explains why the seating arrangement was not too comfortable for him.

Safety is the major concern for the Telsa Model Y Third Row Seven Seater when the seat faces the rear side. These types of rear-facing seats are safer in a forward collision, which accounts for 90 percent of all collisions.

But the main concern for parents is the idea of putting the rear-ended side just a foot away from children’s bodies and legs. If the Telsa Model Y Third Row Seven Seater uses the rear-facing seat, Tesla could lose some customers due to this safety concern

However, Tesla is assuring its customers that it’s adding a reinforced bumper at the rear of the car. Originally, the rear-facing seats in the Model S were not too far from the rear side to impact customers during collusion.

On the other hand, in the event of an accident, the forward-facing seats look like they would be very difficult to get out of.

Although having the seats facing the rear could lead to some motion sickness in some lads, the next best alternative is to face a middle row of seats without being able to view anything beyond that. Surely, the rear side windows will be cramped. But the transparent glass on the Model Y ceiling would offer some relief.

DaErik is estimating that the Model Y third-row seats, when available, may be placed closer to the rear hatch compared to the Model X seats. This will be like the Model Y prototype third-row seats revealed last year. But the new Telsa Model Y Third Row Seven Seater will be more comfortable and relatively cozier for smaller passengers such as children.

Safety regulations have changed in different states, as many of them now require kids aged below seven to ride in some specific child safety seats. As a result, Tesla wants to make sure it meets the safety regulations for cars when it concerns children. That’s why the car giant is constructing built-in child seat standards.

As Shanna Hendricks, Tesla’s spokeswoman puts it, the company will be providing the Telsa Model Y Third Row Seven Seater to conform to the safety standards of most regulations.

The seat will be suitable for children who are taller than 37 inches and weighing between 35 and 77 pounds. It will not be convenient for smaller kids because it would be too big.

And like other third-row seats in cars, it will be placed behind the rear axle of the car. It will be safer to place the seats in such a position because severe rare impacts are very rare during rear-end collisions.

The one problem the Telsa Model Y Third Row Seven Seater will have is the compact space it leaves the luggage area. The seat will occupy some spaces under the cargo floor, reducing the space for cargo.

It will be ideal for occasional extra passengers when your children bring their friends along. But other than that, it leaves the Tesla Y model with little space for more comfort. It is more like a jump seat.

Tesla may have a plan concerning the design of the Telsa Model Y Third Row Seven Seater. Many believe that Tesla could create a new design to accommodate the seat and make it look more comfortable for passengers.

This can be possible because the company already has a dedicated seat factory in Fremont where it can redesign the third-row seats to make them suitable and more comfortable in the car. Since Tesla expects to release the Model Y in 2022, there is time to redesign the seats.