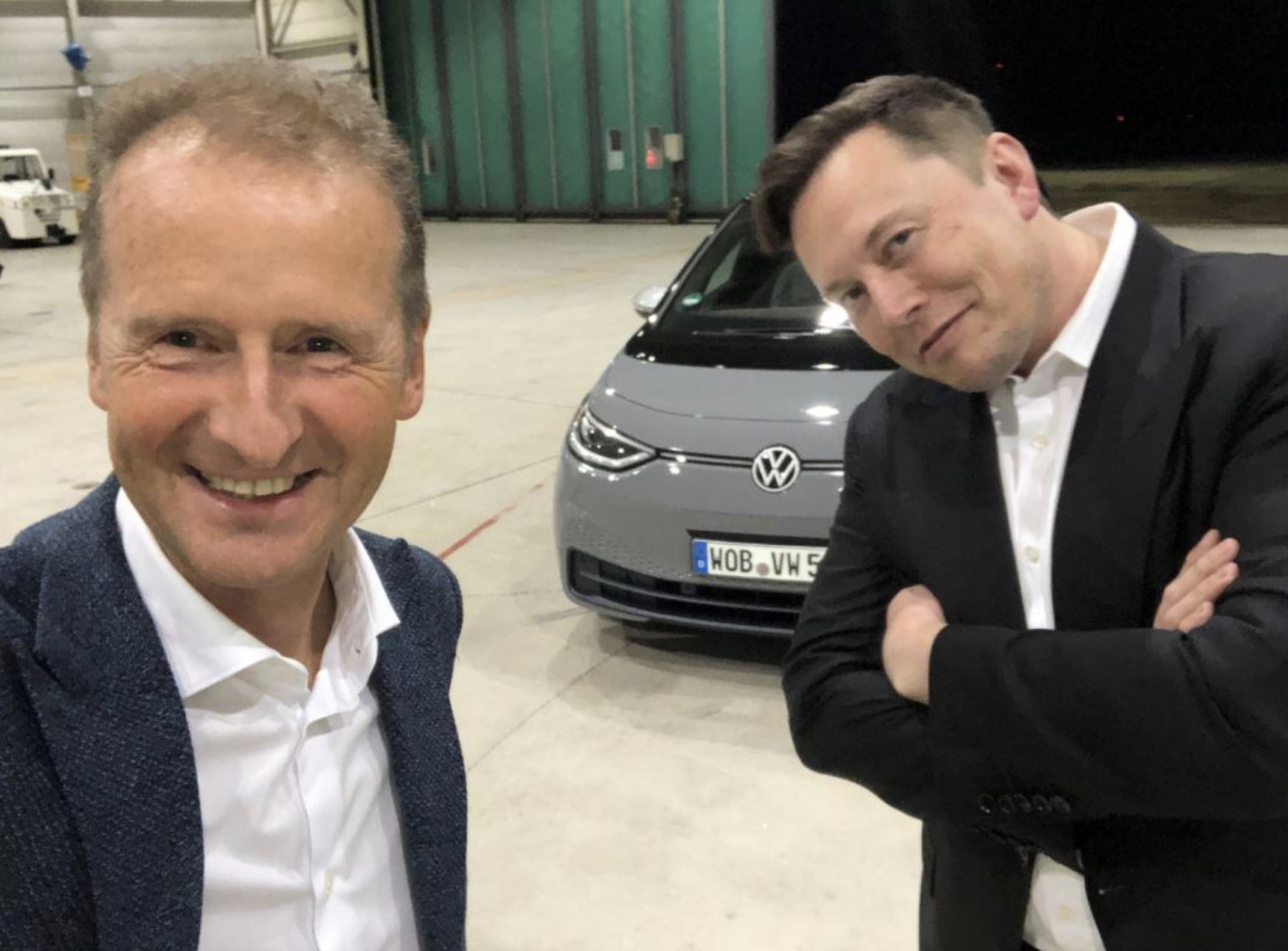 A report coming out of Germany through Business Insider claims that Tesla CEO Elon Musk approached Volkswagen chief Herbert Diess to run Tesla back in 2015.

Business Insider goes on to say that Musk had even drawn an employment contract for Diess. However, this didn’t go through, and Diess was named Volkswagen’s chief roughly three years later in 2018, although he joined the Volkswagen AG board in 2015.

Diess had an excellent career with BMW, where he served as a top executive for over 15 years until leaving the company in 2014. It seems like the contract drawn up by Musk’s team came before Diess decided to work for VW.

The report adds that Musk wanted to hand over the management of Tesla to Diess and that this information is only known to a handful of close confidantes of the VW chief. Unfortunately, the report doesn’t shed light on why Diess ultimately chose to go with Volkswagen rather than Tesla, and we may never know.

It’s important to note that Diess enjoys a professional relationship with Musk and the latter even made an appearance in Germany last year to check out the Volkswagen ID.3 EV.

Although this joint appearance did spark speculation about a partnership, VW later confirmed that no deal was struck between them. Later in September 2020, Diess took the Model Y for a test drive, which further illustrated the great admiration and respect the two executives have for each other.

Tesla has significantly shaken up the automotive industry, with several manufacturers now shifting their focus entirely on electric vehicles. Herbert Diess even implemented something known as the “Tesla catch-up plan” within Volkswagen to stay in pace with Tesla’s advanced software system.

What do you make of this revelation?