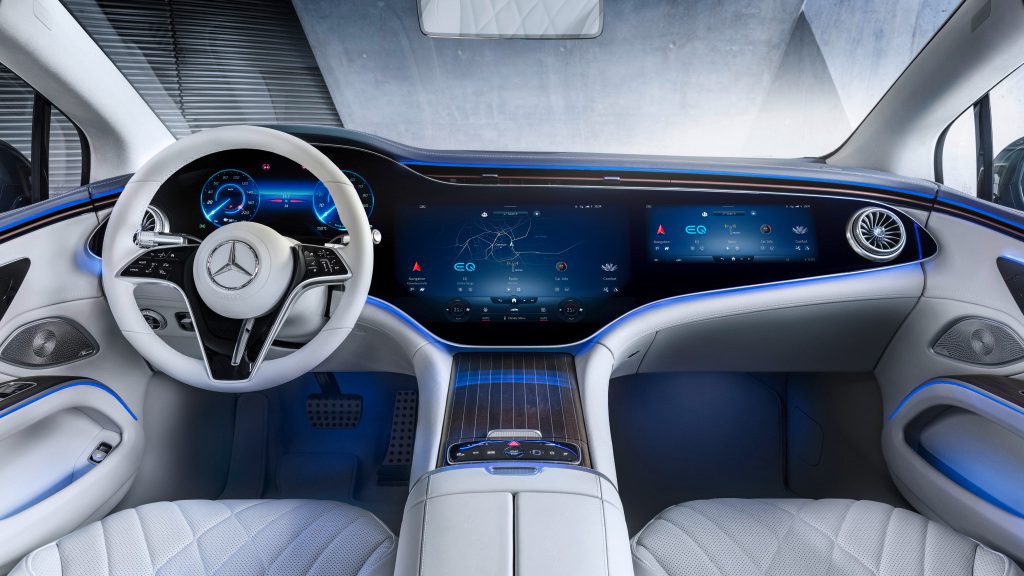 The Mercedes-Benz EQS is an ambitious vehicle for the brand given that it plans to take on the highly successful Tesla Model S in the luxury EV sedan category. Today, the company unveiled some new images of the interior of the EQS, revealing the large 55-inch screen that was shown off earlier this year.

This is the first time that Mercedes-Benz has shown what the large display (also known as MBUX Hyperscreen) will look like inside the EQS while also detailing what it can do. The company will reportedly unveil the production version of the EQS in the coming weeks, though it’s excellent news for fans to get a good look at the interior this early.

Chief Design Officer of Daimler Group, Gorden Wagener said, “With our EQS, we have created a completely new, future generation of luxury cars. Based on our style of sensual purity, we create desire by combining a beautifully seductive sculpture with the most progressive proportion. Key features such as the ‘one-bow’ design and a holistically integrated, highly reduced and seamless styling gives the EQS its sporty and progressive look. That’s what sets it apart from any other vehicle we have ever created – that’s what makes our EQS so extraordinary.”

The EQS has been in the rumors for almost a year now. Last year, the EV made appearances in multiple leaks during road tests. However, it wasn’t until early this year when the company began showing off some aspects of the EV.

Among the features that we know so far is that the Mercedes-Benz EQS will have a WLTP range of 435 Miles, while the EPA rating is expected to be much different when the automobile reaches the U.S. Along with the pictures, the company also revealed that the EQS would have its very own HEPA (High Efficiency Particulate Air) filter, in line with Tesla EVs.

What do you make of the interior of the EQS sedan?