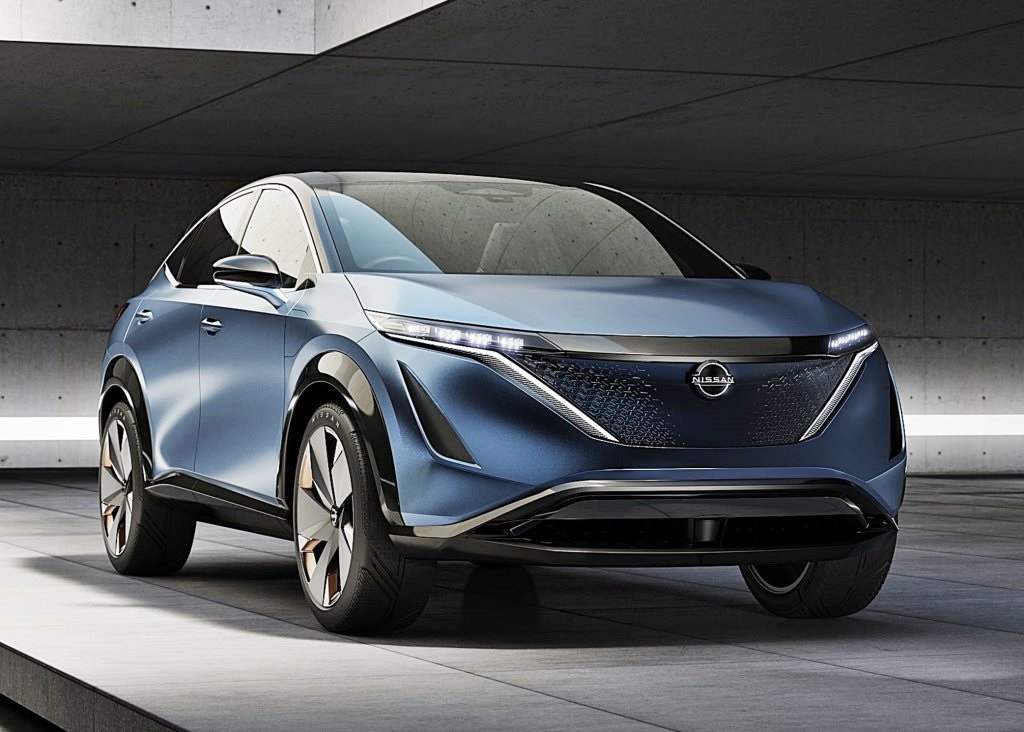 Nissan’s first electric car Leaf was a pioneer in the global electric car market, but now it is clearly unable to meet the current mainstream trend of electric cars, not only its lack of endurance, but also other deficiencies.

Nissan has announced that it is preparing a plan to launch the brand’s second electric car, based on the Ariya concept car released at the 2019 Tokyo Motor Show. Its product positioning is similar to Mercedes-Benz EQC, VW ID.4 and AUDI e-tron. Nissan revealed that the mass production time of the car is approaching. Nissan designer Giovanny Arroba has also revealed many of Ariya’s design details and technology.

Ariya is completely independent and has nothing to do with Leaf. It uses a newly developed and scalable modular electric vehicle platform. Because there is no internal combustion engine, it has a spacious seating space and the battery is placed under the passgener floor. In an exclusive interview with the media, Giovanny Arroba, design director of Nissan EV, said that Ariya has a dazzling and simple appearance, as well as particularly eye-catching front styling, including LED headlights equipped with a boomerang style, and a better air The mechanical effect of the closed grille echoes its clean kinetic energy, so we have designed a simple and radiating appearance.

In fact, the overall shape of Ariya takes the shape of a teardrop, which is derived from the wind tunnel test, mainly to improve its cruising range driven by force. In addition, the air intake at the front of the Ariya has a so-called air curtain design, which allows the air flow to be directed to the side of the car. Arroba said that we hope to express to the market the new technology we will bring. This is a kind of electrification and democratization of technology. We call it the design of “Intelligent mobility”. In addition, its daytime running lights are cleverly integrated on both sides of the V-Motion grille cover to form the most eye-catching design of the Ariya front. The rear of the cover is the radar and camera, which is also the new sign of the Nissan electric car. Highlight the electrified image of the Nissan brand.

When Ariya was launched at the Tokyo Motor Show, Alfonso Albaisa, senior vice president of global design at Nissan, also said that the proportion of Ariya shows the possibility of Nissan’s 100% pure electric vehicle platform. The wheels and the tailor-made two-tone body paint create an elegant look, striking a balance between sport and luxury.

As for the cockpit of Ariya, Giovanny Arroba said that the future mass production will not be similar to the concept car with a joystick and VR headset, and it will be closer to the configuration of the mass production car, but it presents an electric car with semi-automatic driving function. It will have a steering wheel just like today’s cars. It will also be equipped with a central control touch screen, fully digital instrumentation, and wheels and buttons integrated on the steering wheel.

In the future, Ariya will also be equipped with the latest Nissan ProPilot driving assistance kit. Like Leaf, it has active driving speed and braking capabilities, and has a lane maintenance function. After setting the navigation function, the driver can let the car drive on the highway. Just like the Skyline launched by Nissan in the Japanese market, it will be equipped with a new generation of autonomous driving functions in the future, such as the latest version of Nissan’s ProPilot driver assistance kit for concept sports. Like Leaf, it can accelerate and brake following the front including automatic overtaking, lane change, and freeway interchange.

Ariya will also be equipped with a series of Internet functions. For example, once the car detects the car key, the settings of the seat and steering wheel will be automatically adjusted to the owner’s personal pre-designed position according to the car key. Once the navigation destination is set, the car’s AI artificial intelligence system will calculate for you whether there is a suitable parking space nearby. If you want to pick up a friend on the way, you can coordinate the friend and pick-up point to be picked up before the trip, and send the information to the in-car system to let the car update the navigation information, greatly improving the convenience of using the car.

In fact, at the Tokyo Motor Show two years ago, Nissan launched the IMx concept car, which represents a smart mobile electric crossover SUV, but that is a futuristic creation. In contrast, Ariya is obviously closer to mass production. It is expected that the actual car will be launched in the next 12 to 18 months.

Ariya will be equipped with dual electric motors, one on each of the front and rear axles, to form a four-wheel drive. Nissan is still discussing the performance level of Airya, and has not provided information such as battery capacity or range. Taking Leaf e+ as an example, it has a 62kWh battery option and has a battery life of 385 kilometers, while the larger IMx concept car has a theoretical mileage of 600 kilometers.