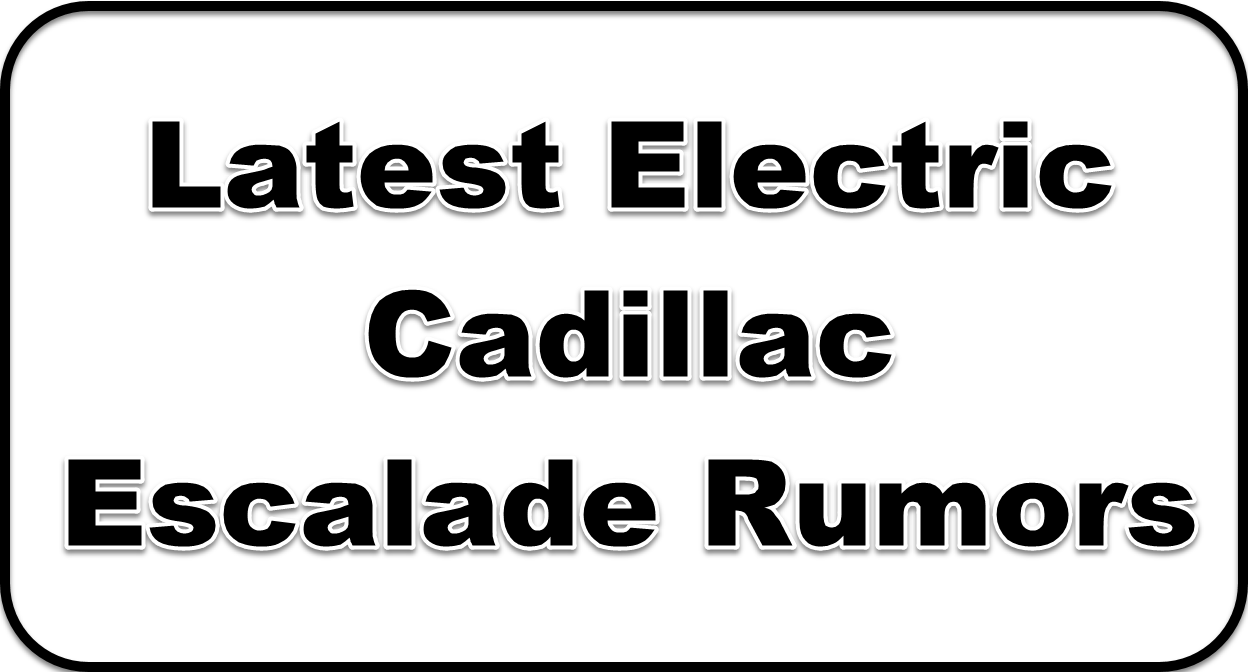 The fifth-generation Cadillac Escalade launched last year with a decent response. However, this turned all the attention towards the rumored Cadillac Escalade Electric, the company’s first electric model of the flagship SUV.

While General Motors has been relatively tight-lipped about the Cadillac Escalade Electric, we have come across a handful of reports talking about the specs of the electric SUV.

So what exactly will the Cadillac Escalade Electric bring to the table in addition to the revamped powertrain? Though nothing can be confirmed at this point, there are some features that are likely to make it to this luxury SUV upgrade.

We’ll take a closer look at all the rumors and features we know about the Cadillac Escalade ahead of its expected reveal.

Some sources have said that the Electric Cadillac Escalade will feature a somewhat changed design compared to the 2021 Escalade. The new EV is expected to have a “less-boxy shape,” while the rear windshield will be reportedly raked.

Unfortunately, General Motors is yet to offer a detailed look at the concept of the Cadillac Escalade EV, though we expect that to change. Some reports have said that the Electric Cadillac will be produced at the Detroit-Hamtramck assembly line.

GM has said that the 0-60 mph acceleration of the Escalade EV could be a miserly 3 seconds, putting it among the best high-performance EVs in the market. Sources say that this will be achieved using the motors that are designed “in-house” by GM. More details are currently awaited from the manufacturer on this front.

It is also known that the Cadillac Escalade EV will run on the BT1 dedicated truck platform developed by General Motors specifically for its electric vehicle portfolio. It’s also clear that this luxury SUV will run on an Ultium-powered battery with support for Level 2 and DC fast charging. Using Ultium battery technology, the brand can offer an energy capacity of 50 kWh to 200 kWh on its vehicles. The manufacturer has said the Escalade EV would likely use 800-volt battery packs accompanied by 350 kW fast-charging support.

Expectedly, the electrified Cadillac Escalade will be available in multiple variants, depending on the company’s product plans.

There’s not a lot of information on the range expected from the Electric Cadillac Escalade. However, based on a report that expects the EV to have a 200 kWh battery pack, one can decipher that it may offer a range between 400 to 500 miles with a single charge. The aforementioned DC fast charging support should come in handy as well.

This would give the new Cadillac electric vehicle a significant advantage over its expected industry rival, the Tesla Model X. This EV offers a range of 360 miles, which is fairly decent for a car of its size. Meanwhile, Tesla managed to breach the 400-mile mark with the Model S Long Range last year, the first electric car to do so.

Given that the Electric Cadillac Escalade is expected to bear some resemblances to the recent GMC EV, we’re likely to see the same kind of torque and horsepower as well.

Though GMC’s 11,500 pound-feet of torque with the Hummer EV is said to be slightly misleading, we expect the Electric Escalade to bear similar markings with a tri-motor setup. Needless to say, this luxury electric SUV is going to be a powerful machine.

Since there are no renderings available of the Electric Escalade, one can assume that the EV will take most of its interior design cues from the recently announced 2021 Cadillac Escalade. The automaker introduced curved OLED displays for the interiors while also making some minor changes to the overall look. The Electric Escalade is also likely to contain some autonomous features underneath, though there’s no confirmation of this yet.

Given that it’s still pretty early in the day for the Electric Cadillac Escalade, GM is yet to provide pricing-related information on this car. However, it wouldn’t come as a surprise if the EV version of the Cadillac Escalade costs around the same as the recently unveiled Hummer EV.

Given that the Tesla Model X is going to be one of the Electric Escalade’s prime competitors, a price tag of anywhere around $80,000 cannot be ruled out at this point. Tesla recently updated the Model X with brand new features and updated display/console, so the pressure will be firmly on GM to come up with an appealing price tag.

Though some reports have suggested that the Electric Cadillac Escalade will arrive by 2022 or 2023, more recent reports have pitched a slightly later timeline. It is now believed that the Cadillac electric SUV will only reach the market by 2025.

This means GM will have to announce it sometime in 2023 or 2024, assuming there are no additional delays on this front. We think a lot will depend on the market performance of the GMC Hummer EV, which uses the same platform as the rumored Cadillac electric vehicle. The car is expected to hit North America first, followed by other markets including Europe and China.

We will post more updates as more information is available on this exciting electric car.