Arguably one of America’s most recognizable automobile brands, Cadillac, hasn’t been quick to adapt to the electric vehicle (EV) industry. However, General Motors (Cadillac’s parent company) has unveiled the GMC Hummer electric pickup, while the SUV version will arrive soon as well.

Thankfully, the luxury brand last year announced its intentions to enter the electric vehicle industry and even released the Cadillac Lyriq concept last year under the President of GM North America, Steve Carlisle. Oddly enough, the manufacturer called this a “Show Car” while also saying it’s a “technology spearhead.”

However, the company intends to bring a near-identical version of this to the market by the first half of 2022. When launched, the official moniker for this car will be the 2023 Cadillac Lyriq.

So what do we know about the Cadillac Lyriq EV? Well, the manufacturer has shared a handful of specs of this electric SUV, while some reports that surfaced later have improved our understanding of this attractive electric vehicle.

As you probably know already, the brand has managed to hype up the arrival of this car with multiple ads with comedians and Hollywood superstars showcasing its features, particularly the new “Super Cruise” feature.

With this in mind, let’s take a look at some of the rumors and features of the Cadillac Lyriq based on what we’ve learned so far.

Though GM has said that the Cadillac Lyriq will be based on General Motors’ latest BEV3 EV architecture, it hasn’t divulged details on aspects like powertrain or the horsepower generated by the EV.

Regardless, it’s safe to say that acceleration on this vehicle will be snappy given the nature of electric motors. Given that the Lyriq will compete with the Tesla Model X and the Jaguar I-PACE, a 0-60 mph acceleration of around 4 seconds cannot be ruled out. However, all of this is conjecture until Cadillac or GM casts more light on the matter.

GM’s new Ultium technology allows the battery to be positioned as low into the floor as possible, resulting in a lower center of gravity. This apparently results in an almost 50:50 weight distribution, thus making it an efficient car overall. We expect this aspect to be demonstrated on the dual-motor AWD variant of the 2023 Cadillac Lyriq before its release.

The Lyriq EV will also be known for its autonomous driving feature known as Super Cruise. The feature has been showcased by Cadillac in popular television commercials and is available on the Cadillac CT6 lineup (2018 and newer), with the 2021 Cadillac CT5 getting the feature too. The system uses a series of cameras and sensors that work in tandem to keep the vehicle in its lane.

Cadillac has shared a handful of images of the Lyriq EV concept, showing in great detail what it has to offer on the outside. The company has previously said that it will be designed from scratch, so there’s plenty to look forward to. This vehicle also introduces Cadillac’s new design language, although the manufacturer called it a show car.

It consists of a full-glass two-tone roof matched with “choreographed lighting and iridescent colors,” as Cadillac mentions it. We like the inclusion of the LED DRLs on the top and sides. It’s clear that GM wants the Lyriq EV to maintain the signature Cadillac look, as evidenced by the front grill. It’s clear that the brand has paid close attention to the lights of the vehicle, offering an exciting package overall.

The Cadillac Lyriq will see the introduction of the Ultium battery system that allows the automaker to develop batteries ranging between 50.0 kWh to 200 kWh. However, GM has clarified that the largest batteries will be reserved for its electric pickup trucks, such as the aforementioned GMC Hummer EV. Though GM did mention at one point that the Lyriq is the first EV to be based on the Ultium battery technology, that doesn’t appear to be the case with the arrival of the GMC Hummer pickup.

Cadillac has mentioned that the Lyriq will come with a 100 kWh battery pack which should be good enough for a driving range of over 300 miles on a single charge. The vehicle will most likely support DC fast charging outlets, while Cadillac is expected to support home power outlets as well. The range rumored for the Lyriq will certainly put it on par with the Tesla Model Y AWD Long Range, which can run for 316 miles on a full charge.

GM originally said that its next-gen electric vehicles would be capable of running for 400 miles or more. However, the brand has now said that it considers this to be well within the sweet-spot for prospective buyers of the EV.

The Cadillac Lyriq model shown off last year had a pretty exciting interior design, though it’s likely that it will differ from the production model that will be shown off in the future. This consisted of an optional head-up display on the windshield and a center console that stretches all the way up to the back seat. There’s even a touchscreen on offer for passengers on the back.

The highlight, however, is the 33-inch curved LED display/infotainment system which Cadillac describes as having the highest pixel density with the ability to show over 1 billion colors. This LED screen also doubles as the car’s gauge display for the driver, thanks to the sheer size of the unit.

The infotainment system is similar to that of the 2021 Cadillac Escalade. However, it also has manual infotainment controls with a wheel on the center console, something that could be implemented with the Cadillac Lyriq EV.

The automaker is expected to support third-party systems such as Android Auto and Apple CarPlay.The electric Cadillac Lyriq will also offer a 19-speaker stereo system produced by industry-leading engineers at AKG. However, it’s still unclear if this will be a default feature across all models or an optional offering.

Further, Cadillac has said that the use of a dedicated EV architecture enables the company to reduce the road noise inside the cabin while also gaining full control over the comfort inside the car, especially with regard to space.

Given that the manufacturer is yet to fully launch the Lyriq EV, there’s no information on the pricing pattern as of yet. However, industry expectations indicate that the SUV may start from just around $60,000 for the entry-level model.

Cadillac will have to be mindful of the market conditions at the time of launch as well. Given that luxury electric SUVs are expected to be a common fixture in our lives by at least 2022, Cadillac cannot afford to have an overpriced electric crossover in this segment.

The GM North America President has said that the Cadillac Lyriq EV will only arrive in the U.S. by late 2022, with China expected to get the electric crossover first. This move was expected given that China is one of the largest markets for electric cars right now.

As we touched on above, Cadillac will have to deal with a handful of competitors in the market. This includes the Audi e-tron, Tesla Model X, and the Jaguar I-PACE, the three luxury SUVs with an electric powertrain.

A production model of the Lyriq is expected to be shown off soon, although we’re not holding our breath right now. As per GM’s own admission, it planned to bring around 20 EVs to the market by 2023.

As of late 2019, the company even said that it was on course to reach that goal. However, 2020 was bad for all automakers across the board, which may have changed GM’s future plans somewhat. We surely can’t wait to see what the brand’s ‘technology spearhead‘ has to offer. 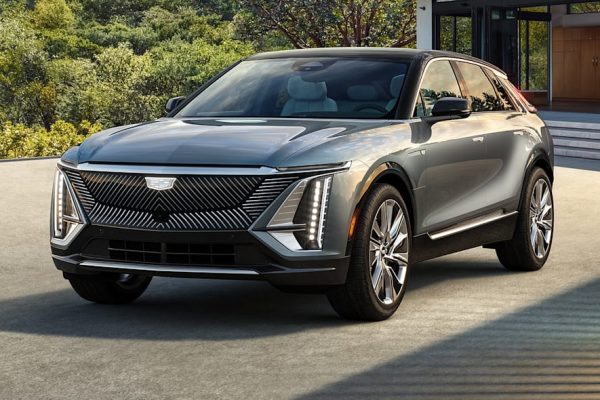 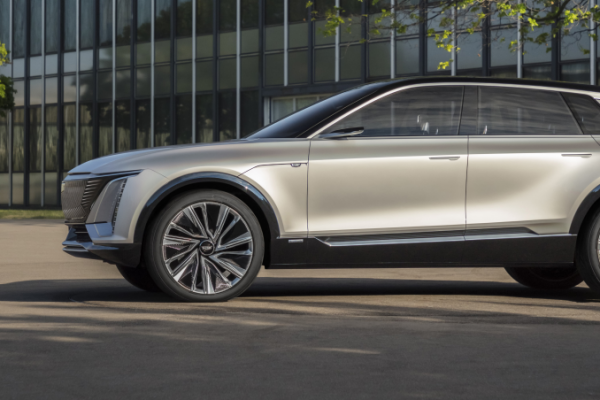