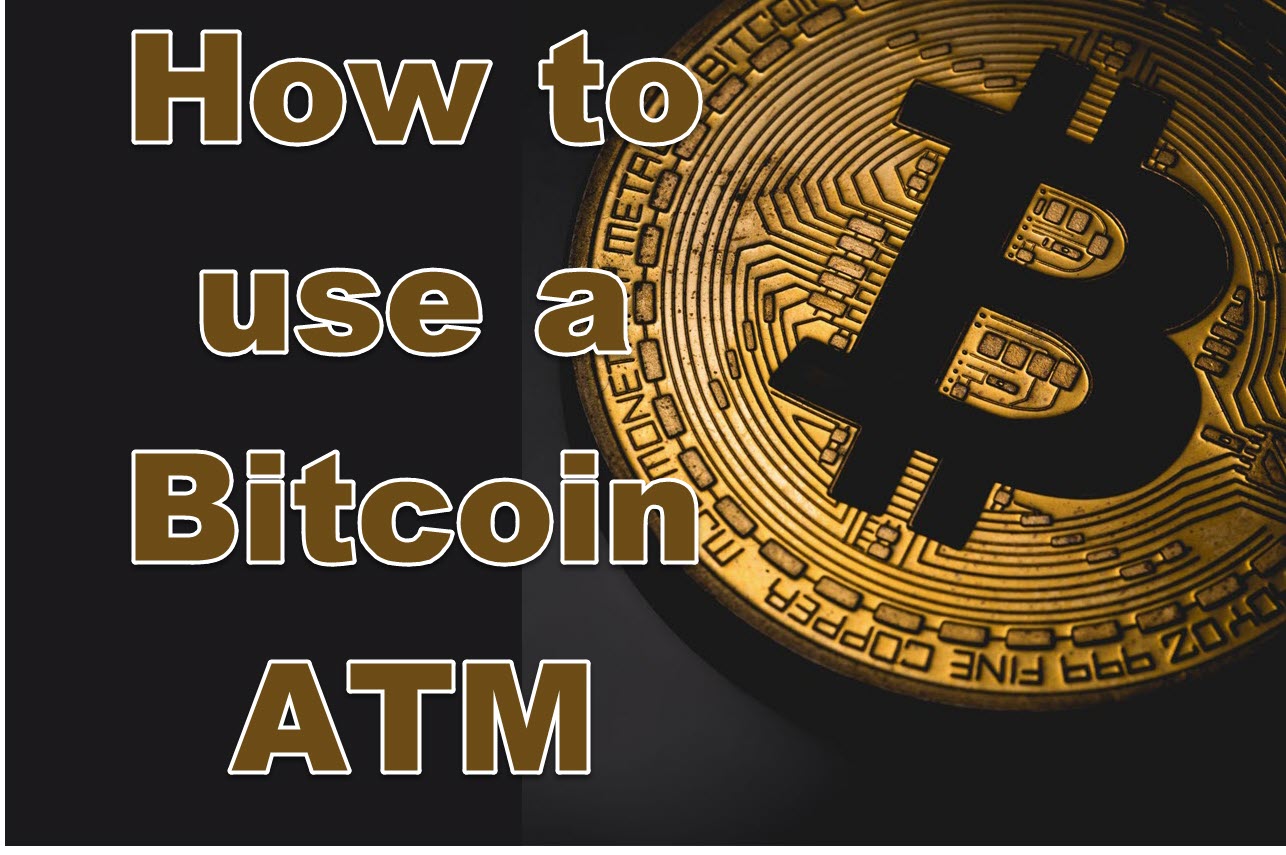 A Bitcoin ATM is also known as a kiosk or the Bitcoins Teller Machine (BTM). With the increasing popularity of this new digital currency, there has been an increasing number of kiosks or BTMs. These Bitcoin ATMs are meant for the convenient withdrawal of cash. The Bitcoin ATMs work in pretty the same way as the traditional ATMs.

What the types of Bitcoin ATMs

Immediately you process the transaction, you get your cash. The BTMs make sure that you buy and sell bitcoins in a convenient way. One of the best ways to use Bitcoin is to get an exchanger for the digital currency. You will have to be mindful of the exchange rate before you proceed with the transaction. You will sell the Bitcoin to the exchanger after which the cash goes into your bank account you can then decide to withdraw the cash. It is always important to choose the right amount when doing this.

How to use a Bitcoin ATM

The ATMS work like our normal cash dispensing ATMS. Using the Bitcoin ATM is pretty much like your normal ATM except without credit cards. Rather than using your credit card, you are expected to scan your government-issued identity card. You can also use the phone number option. There is a little bit of what is known as KYC that is used to verify the identity of the person performing the transaction. When you use the phone number option, you get a verification code sent through a text message to your registered phone number. This is done for KYC purposes.

The KYC is done to help make sure that you are the right person initiating the transaction process. When you verify your phone number, the BTM system then decided where to send the digital currency to. It is then sent to a paper wallet. People can use this BTM to withdraw the bitcoin you want. The Bitcoin ATM can also be used to buying and selling bitcoins.

All you need do to get started is to register with your government-issued part identification card. You can then create your Bitcoin account. This account is a paper wallet. Before you get to use a Bitcoin ATM you need to have some number of Bitcoins in this paper wallet. You can buy and sell bitcoins at your disposal. One convenient way to buying and selling bitcoins is through your mobile phone.

The bitcoin ATM also allows you to sell your bitcoins. You create an account with a service provider like Binance and your bitcoin wallet gets created. You can then use the mobile phone to either sell or buy bitcoins.

You can buy BTC from any seller and withdraw this in the form of money. When you buy a BTC, you can decide to change the BTC to cash or just leave it in the form of a BTC. The BTC can be accepted in lieu of money in different shopping locations across the world.

It is accepted with most cash transactions. People the cryptocurrency as a preferred payment method across most stores and markets. Users can buy sell their BTCS by simply using the BTMs. The BTMs, just like any other medium are pretty safe when trying to buy sell your BTCS.

How to buy Bitcoin using a Bitcoin ATM

This is assuming that you choose the type of bitcoin ATM that allows you to buy and sell bitcoins. When you choose the option to buy bitcoins, you can get the scanner of the bitcoin ATM to help scan the QR code. The QR code is displayed on your personal bitcoin wallet address.

Once you are done scanning the QR code, simply enter the correct amount of some of the BTC that you want to purchase. Then you are expected to insert cash. The bitcoin machine typically takes some minutes to completely process this transaction. When you complete the transaction, you will receive some bitcoin in your paper wallet.

The moment that the bitcoin machine indicates that the transaction is concluded, you will need to go to your bitcoin wallet to see if the sale really went through. This is the method you buy bitcoins with the bitcoin ATM machine. The BTC is deposited in your wallet.

How to sell Bitcoin using a Bitcoin ATM

You should know that you will still have to scan the QR code to also enable such transactions like selling the BTC. After you scan the QR code. You will be expected to write down the amount of bitcoin.

Fortunately for bitcoin users, bitcoin ATM Machines come with intuitive functions, simply follow the instructions that you see on the display screen and that is all you need to sell your bitcoin using a bitcoin ATM.

How safe are bitcoin ATMs?

The safety of bitcoin ATMs is a function that depends primarily on the service provider of the BTM or kiosk. Most leading bitcoins ATMs consider the safety of their users as a top priority. The kiosks come with multiple features to ensure that users are protected at all times when performing transactions.

Furthermore, apart from being safe, one other thing that BTC owners complain the most about BTM machines is the fact that they are not easily located. However, if you choose a reliable and well-known solution provider, you will not be able to look for kiosks when you get to a certain area.

The best recommendation for a bitcoin ATM is Binance

Instead of using the bitcoin ATM, Binance is the safest way to carry out your bitcoin transactions. You can easily find Binance in most places. The system is one of the best and most reliable platforms for all your bitcoin-related transactions.

With the rise of the use of cryptocurrency,it is now a very popular legal tender among the different bitcoin cryptocurrencies. The new cryptocurrency is accepted all over the world. This has led to an increase of bitcoin ATMS around the world from 5,000 to 7,000. With this number of bitcoin ATMS, buying bitcoin or selling the bitcoin is now a breeze with Binance. You could buy or sell using the platform.

With the use of cryptocurrencies trending and spreading around the world, you can easily locate different bitcoin ATMS around the world. You can be able to locate numerous BTMs close to your location if you use the services as offered by coin ATM radar. The BTC is an accepted payment method for most businesses. The payment transaction is usually done by using an app. This app symbol is usually displayed by businesses who accept it as payment in lieu of money.