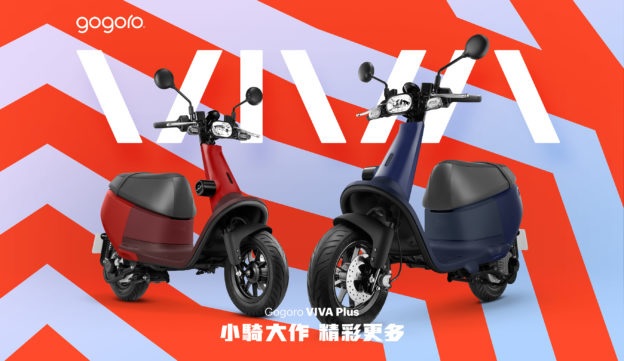 Taiwanese electric scooter maker, Gogoro, is promoting its new model the Viva Lite, which was released early this year in January. The price will be dropped by about $100 USD to $1650, and with the local subsidies from $230 to $660 depending on the city, they price of a brand new Gogoro VIVA Lite could cost less than an iPhone, or less than $1,000.

Private transportation has become a good alternative for epidemic prevention, and Gogoro is taking advantage of the situation to push promotional activities to lower the minimum price of Gogoro VIVA Lite.

This is reflected in the overall sales performance of locomotives. A small number of people turned to purchase private vehicles due to the epidemic; Powered By Gogoro Network electric vehicle alliance sold 10,038 vehicles in March, accounting for 13.47% of the overall market, up 45% from February sales, plus subsidies from counties and cities In place, the overall buying momentum of electric locomotives grew steadily.

If VIVA Lite is used in Chiayi City with the most subsidies to replace the old gas powered scooter, consumers will only need about $987 USD to take the scooter home

The least subsidized program, which is the capital city of Taipei, will cost about $1420 USD for new purchases. Although it is much more expensive than the lowest price, it is still a very friendly price.

In addition to the price reduction, the VIVA series also has new friends VIVA Plus. In addition to adding two new colors of “Wildberry Blue” and “Cherry Red”, a plug-and-play “Handle USB Charging Jack” is also added. Can charge and use navigation at the same time.

For the Gogoro VIVA series, the GH1 integrated aluminum alloy wheel motor was exclusively developed. The power performance has surprised consumers since the beginning of the market. Gogoro VIVA Plus has been further optimized to increase the torque to 115Nm.

The electric scooter startup Gogoro has walloped the market share in Taiwan with help of government subsidies and its battery pack swapping network. The battery pack stations can be found at many convenience stores in the country, which are abundant in many corners of the streets.

Here’s how easy it is to perform a battery swap on a Gogoro scooter.