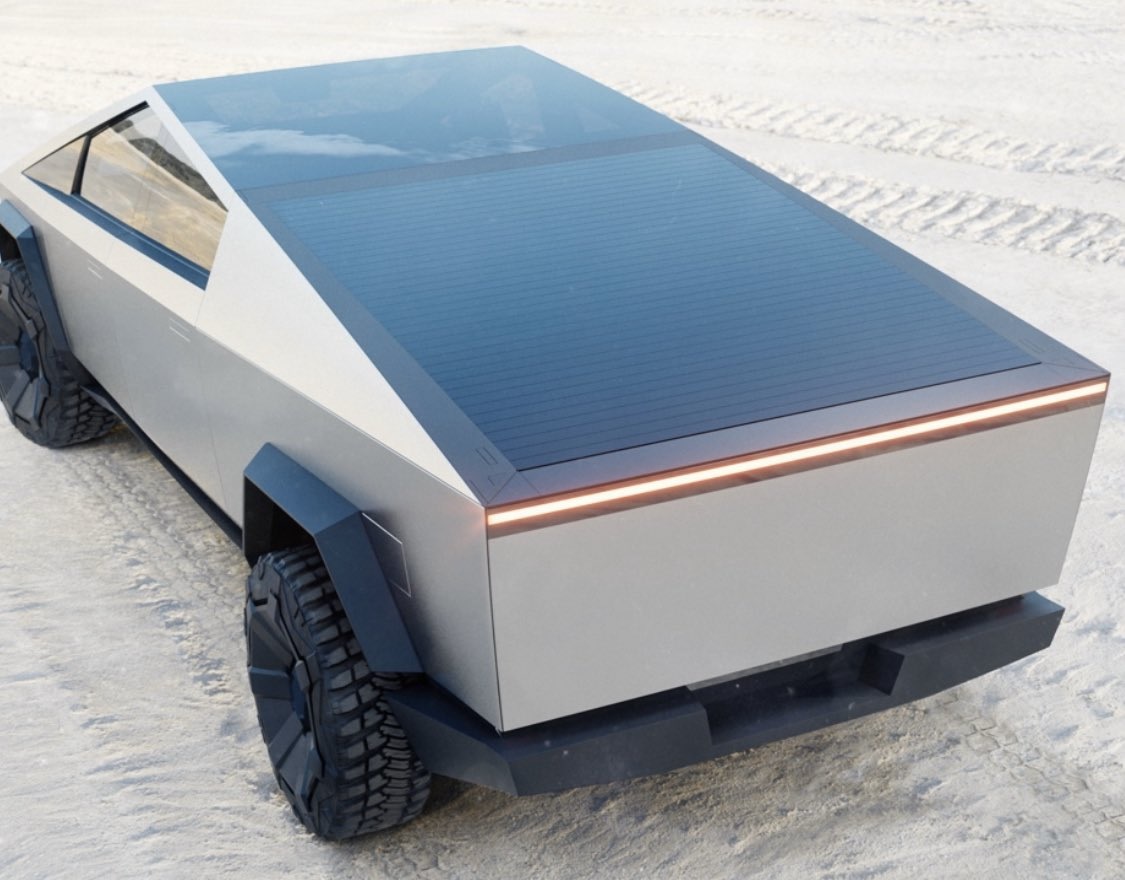 Although the Tri-Motor Tesla Cybertruck pickup has a range of up to 800 kilometers, Tesla still considers the extreme situation and intends to implement solar panels on it.

Tesla, which has been devoted to the development of solar energy business with the controversial acquisition of SolarCity, apparently has plans to configure solar panels on its Cyberruck pure electric pickup truck model, and officially launches solar panel options in 2022.

In fact, in recent years, many car companies have been clamoring for solar charging capabilities, but this technology is obviously not yet popularized in electric vehicles. The main reason is the low efficiency.

As early as 2017, tesla had tried to integrate solar panels into the Model 3 model, but because of the relatively low efficiency of use, they finally gave up this attempt.

After continuous research and development, tesla CEO Elon Musk pointed out that the new pure electric pickup cybertruck will provide solar panel options, which can add 15 miles (about 24 kilometers) of mileage to the vehicle every day. In the state, it can be increased to 30-40 miles (about 64 kilometers).

In this regard, some insiders believe that tesla chose Cybertruck as its first model equipped with solar panels, mainly because the roof area of ​​this model is large enough to be embedded in solar panels.