A few days ago, IOTA posted a video which got a lot of its supporters very excited. Filmed in February at IOTA’s ReSum researcher meetup, the video featured IOTA co-founder Seguei Popov teasing that the IOTA Foundation had found a way to kill off the network’s centralized Coordinator. Many speculated that the fact the IOTA Foundation had waited three months to release the video meant it was intended to build hype for more concrete details. Those concrete details have been delivered, with the MIOTA token surging to almost $0.56 as IOTA’s plan for Coordicide has been revealed. 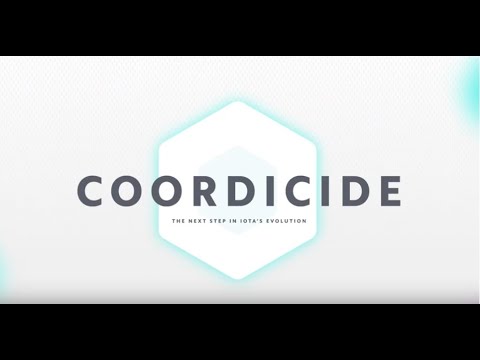 Announced via slick promotional video and a new website, IOTA will be replacing the centralized Coordinator with a decentralized consensus system it calls “Shimmer”. This complex solution to the complex problem of solving the trilemma of balancing security, scalability, and decentralization draws from naturally-occurring phenomena such as the synchronized flight patterns of bees and the immune system of living organisms.

At the core of IOTA’s new consensus mechanism is a reputation-ranking system for nodes called “mana”. Nodes receive mana for behaving as “good actors” within the IOTA ecosystem, and can also lose mana for “bad behavior”. This algorithmically-determined reputation system is described as solving many of the problems associated with current blockchain consensus mechanisms, such as the Proof of Work (PoW) model currently used by Bitcoin and Ethereum, the Proof of Stake (PoS) model planned for Ethereum 2.0, and the Delegated Proof of Stake (DPoS) system used by EOS.

As we explained when reporting on the 15% surge in IOTA’s price that followed the release of the Popov video a few days ago, IOTA’s reliance on a centralized Coordinator has long been a major criticism of the project. IOTA’s greatest innovation is its use a directed acyclic graph (DAG) ledger that potentially allows for infinite scalability and completely feeless transactions. IOTA calls its system of interconnected transactions “the Tangle”. Transactions on most blockchain networks are essentially processed in chronological order, with the possibility of paying higher network fees to jump the queue and have a transaction verified more quickly. The Tangle theoretically allows transactions to verify each other, allowing for infinite transactions to be processed in parallel.

The problem with the Tangle until this point has been how to ensure the validity of transactions within its complex structure. The solution to this has been a centralized Coordinator, which verifies the validity of transactions on the network in a manner similar to a Bitcoin or Ethereum miner or an EOS block producer. This solution solves the problem of network security, but only by comprising on both decentralization and scalability.

Killing the Coordinator means introducing a new consensus mechanism that allows the infinitely scalable parallel transactions of the Tangle without compromising on security or decentralization. And with a detailed whitepaper and more accessible click-through guide to Coordicide published on its website, the IOTA Foundation has laid out concrete plans for exactly what this new consensus solution looks like.

An end to the search for the Ultimate Consensus Mechanism?

Solving the security/scalability/decentralization trilemma has been arguably blockchain and cryptocurrency’s biggest challenge virtually since the launch of Bitcoin over ten years ago.

The PoW system introduced by Bitcoin relies on miners using computing power to solve complex mathematical problems, mining new blocks to which transactions are added before being broadcast to the network and permanently verified. While this distributes consensus across miners, thus achieving decentralization and network security, it results in long delays and rising fees at times of heavy network usage.

The argument that led to the Bitcoin/Bitcoin Cash hard fork back in 2017 was based on disagreements over how best to improve network scalability. While Bitcoin Cash’s solution was to introduce larger block sizes and therefore increase the number of transactions that can be verified at one time, further measures will need to be taken to keep the network scaling infinitely as the demands on it grows. And a major vulnerability of the PoW system is that it creates the possibility of 51% attacks, where miners who control more than 51% of the network hash rate can override transactions and basically do whatever they want with the network. Recent examples of this in action include the “hash rate war” between supporters of Bitcoin Cash and Satoshi’s Vision back in November 2017, and the more recent controversial decision to roll-back “illegitimate” transactions on Bitcoin Cash by major mining pools just last week.

IOTA is designed to be primarily used for relaying data between devices connected to the Internet of Things (IoT). PoW’s reliance on heavy computing power to determine legitimate transactions is inherently unsuited to this use case, as it rising fees make the type of micro-transactions IOTA wants to enable prohibitively expensive. But the other main existing consensus mechanisms also have their drawbacks.

The PoS consensus model is seen by many as superior to PoW because it eliminates the need for expensive mining operations and also rewards token holders by distributing a portion of network fees determined by their “stake”. 51% attacks also become much more expensive, as attackers would need to purchase 51% of all of a network’s tokens to pull off the attack, rather than simply control 51% of network hash rate. At Ethereum’s current market cap, such an attack would cost close to $6 billion to execute. But the IOTA Foundation points out two different methods of attack that can be used against a PoS system:

“PoS is vulnerable to certain attacks, such as the “nothing-at-stake problem” (where parties can vote for two conflicting chains at the same time without risking or investing any resource) and “long range attacks” (where large stakeholders can mine a longer chain in secret and then broadcast it later).”

The DPoS model used by EOS sees token holders vote to elect 21 block producers who are responsible for maintaining network integrity. By limiting the block producer role to publicly-elected entities, EOS makes it less likely that such entities would engage in the “nothing-at-stake” and “long range attacks”, as doing so would likely massively reduce their chances of either being voted in as block producers in the future. However, limitations and flaws with the DPoS model have come to light following incidents such as the movement of 2 million EOS tokens which followed an incorrect implementation of a network blacklist of bad actors by a newly-elected EOS block producer back in February.

IOTA’s new consensus mechanism combines and builds on the best elements of these systems to create an innovative solution that may have solved blockchain’s existential trilemma.

The IOTA Foundation describes it new consensus mechanism as modular, “meaning that each module can be independently replaced should new research reveal further improvements”, because “software that was not designed with modular foundations will begin to stagnate. Flexibility to upgrade in the future is critical to the long-term success of such rapidly advancing technology.”

At the core of IOTA’s new consensus mechanism is a system of node reputation, with token holders voting to assign mana reputation points to good actors within the network, which can be revoked or reassigned at any time. Information is shared between neighboring nodes within the IOTA network, arranged in an auto-peering system that allows for full network consensus to be reached in as few steps as possible.

Nodes within IOTA’s system solve PoW problems similar to those used in bitcoin mining, though with far lesser energy requirements. More mana will allow nodes to verify more transactions, while the PoW problem difficulty will also rise when nodes are trying to process larger number of transactions within a short timeframe. When nodes approve the latest transactions of neighboring nodes, they also express consensus on all previous transactions made by these nodes. This allows “good actors” to become embedded and empowered within the Tangle while “bad actors” get frozen out and their chains orphaned.

Cellular Consensus sees agreement on node reputation “shimmer” through the system, producing an automated system of agreement similar to the movement of large groups of insects. Nodes which violate the norms of the network are identified as behaving strangely in the same way that insects detect predators within their midst. The IOTA Foundation notes that such a system is very difficult to mathematically implement and will require much more testing before it can be fully deployed on the IOTA mainnet.

With Fast Probabilistic Consensus, nodes verify the behavior of other randomly-selected nodes in the network. The percentage of agreement required to approve these nodes’ behavior will also be randomly generated for each voting round, making it more difficult to game the system and launch attacks on the network.

IOTA’s Coordicide promotional video ends with the tagline “Freedom to Infinitely Innovate.” IOTA’s project is open source, allowing anyone to build on the network. The complex solution to removing its centralized coordinator should result in near-instant and feeless transactions, with the complexity arising from the Tangle’s interconnected nodes meaning that the computing requirements of each node will be low, making it perfectly suited for resource-restricted IoT devices. The mana reputation system will also mean that trust can be established about the timestamps placed on transactions, which makes IOTA better suited to time-sensitive smart contract features, especially those being executed by devices which may sometimes lose internet connectivity.

IOTA’s plan for Coordicide is the result of years of work and research. The final phase of implementation may still be some time away, but the plan seems to have incorporated careful consideration of all issues that may arise down the line. IOTA’s many supporters have long believed that it provides the ultimate answers to solving blockchain and cryptocurrency’s security/scalability decentralization trilemma. With its innovative proposals for Shimmer, that solution may just have arrived.