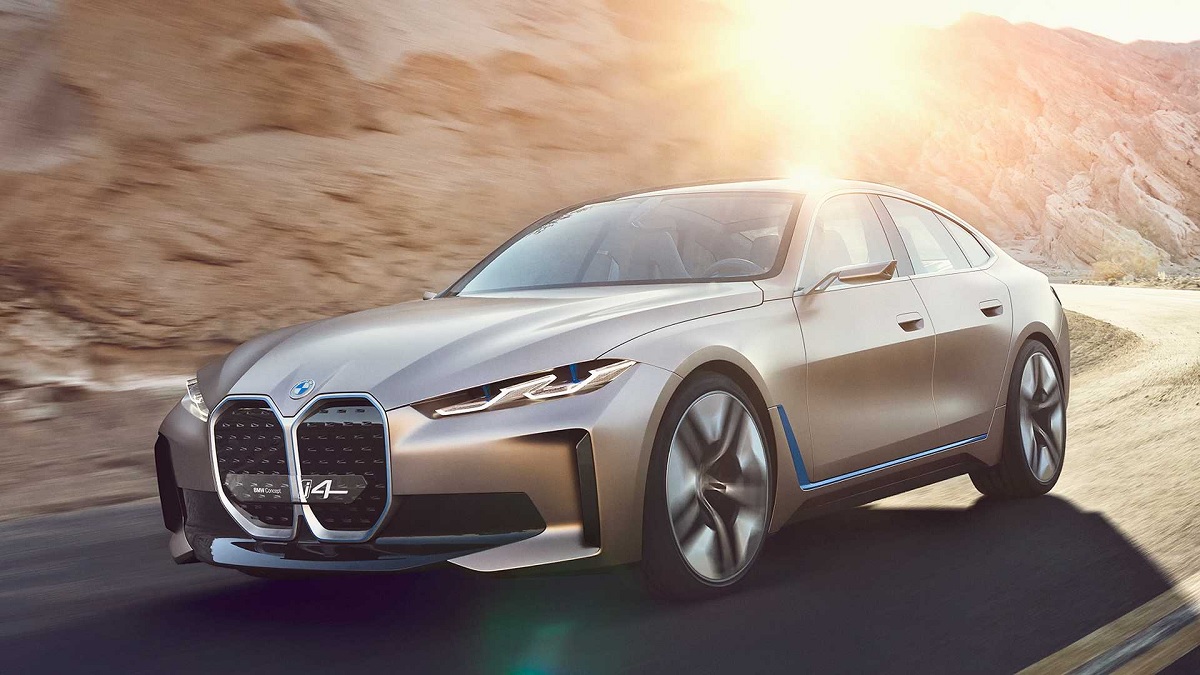 The BMW i4 could be the German luxury car maker’s answer to the current EV sedan leader, the Tesla Model 3 and the Audi e-tron GT. The i4 platform is completely based on its best-selling 3-Series sedan. However, the first concept was surprising, even shocking to BMW fans because the design at that time brought a futuristic experience.

However, by the time the first test version was revealed, many people were disillusioned when expecting a 3-Series with i8 quality because i4 will probably copy nearly exactly the interface from 3-Series and 4- Sedan series, such as external lights. The difference will be the charging port on the right side of the car according to the recent spy photos.

The I4 has an 80 kWh battery, giving the sedan about 373 miles of range according to the European WLTP standard.  However, EPA in the US predicts that the range of daily use of the car will only only last about 280 miles. Fast-charge technology uses a 150 kW power source that allows 80% of the lithium-ion battery to charge in 35 minutes, not quite up to the standards compared to tesla‘s high-performance 250 kW and 350 kW of Taycan.

A single motor mounted on the rear axle with a capacity of 530 horsepower is the “heart” of the i4 allowing the car to accelerate from 0 to 100 km / h in about 4 seconds.

BMW i4 should be ready for sale next year with an estimated starting price of $50,000 USD. The car is part of BMW’s long-term electrification plan that will include 25 models launched before 2023.