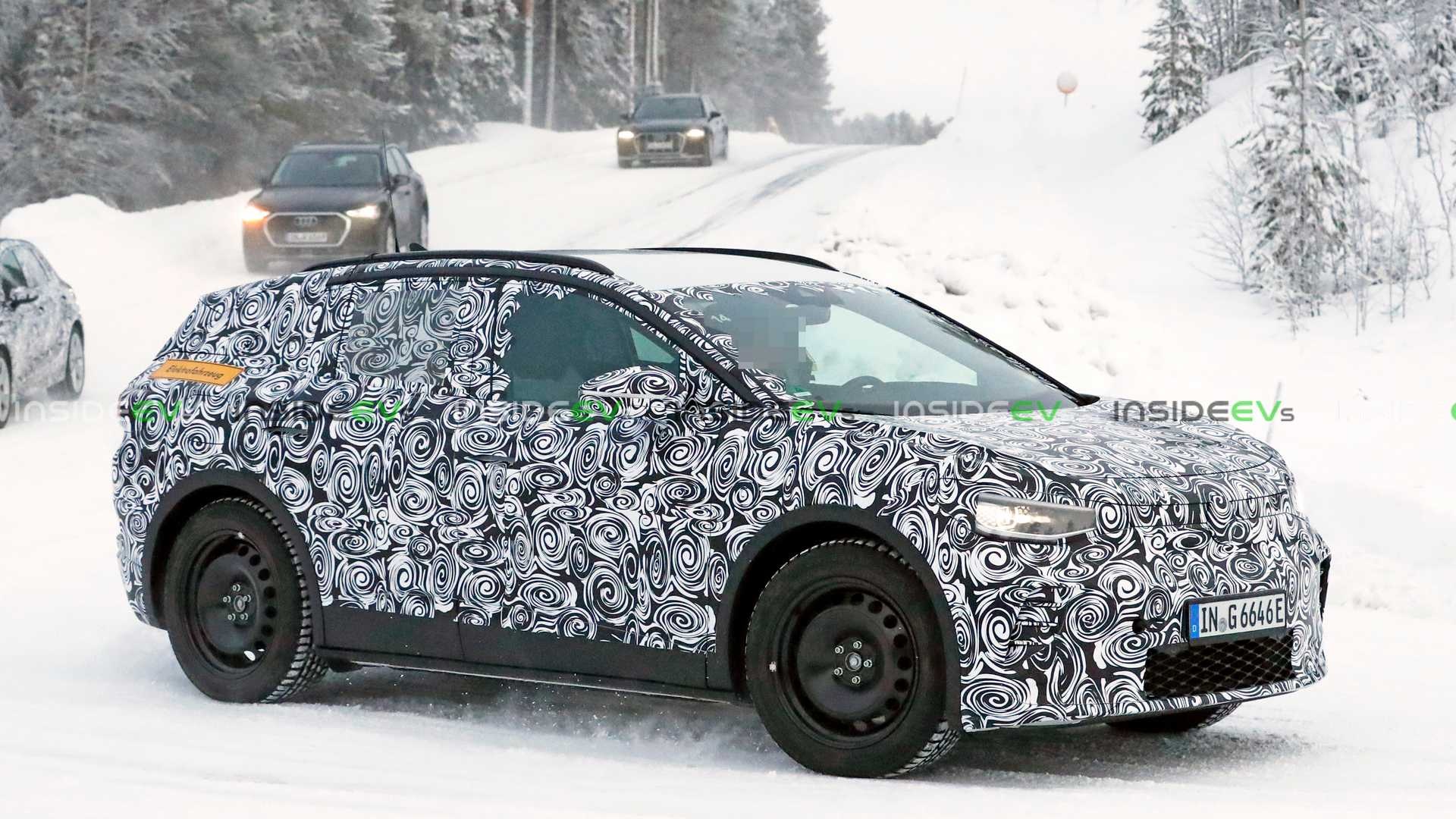 An Audi Q4 E-Tron was recently caught in a few photos on a snowy testing site. The prototype car was shown driving in the European winter roads, and it was apparently wrapped to look like a VW ID.4.

The Audi Q4 E-Tron is one of at least three electric cars developed by parent company Volkswagen using their MEB platform technology. It uses the underlying technology as the Volkswagen ID.4, and the outlines are somewhat similar. The Audi Q4 e-tron will be released in late 2020 or early 2021.

Below are images from insideevs.com

The Audi Q4 E-Tron concept car debuted at the 2019 Geneva Motor Show. It is a compact pure electric SUV. It is reported that the test car is an all-wheel drive model. Each front and rear axle is equipped with an electric motor and uses the latest Audi Electronically controlled Quattro all-wheel drive system. Audi Q4 E-Tron and Volkswagen ID.4 will use the same platform, Audi revealed that Q4 E-Tron front and tail light is customized up to 25 different variations, allowing owners to fully personalize their own Audi.

The Audi Q4 E-Tron may be equipped with a battery of 82kWh capacity, with a range of 279 miles and a maximum output power of 300 horsepower (224kW). With fast charging function, it can recharge to 80% in 30 minutes. Audi also claims that the new car’s 0-60 mph acceleration performance is within 6.3 seconds.

The Audi Q4 E-Tron will be slightly smaller than the Audi Q5. Due to its MEB platform layout characteristics, its internal space will be larger than the Audi Q5. Audi Q4 E-Tron is an important step in Audi’s future electrification strategy. 2020 is an important year for electric vehicles. Audi hopes to find a breakthrough in the field of pure electric SUVs. The Audi Q4 e-tron is scheduled to be released in late 2020 or early 2021. Due to the current epidemic situation, the release time is uncertain whether it will be postponed.