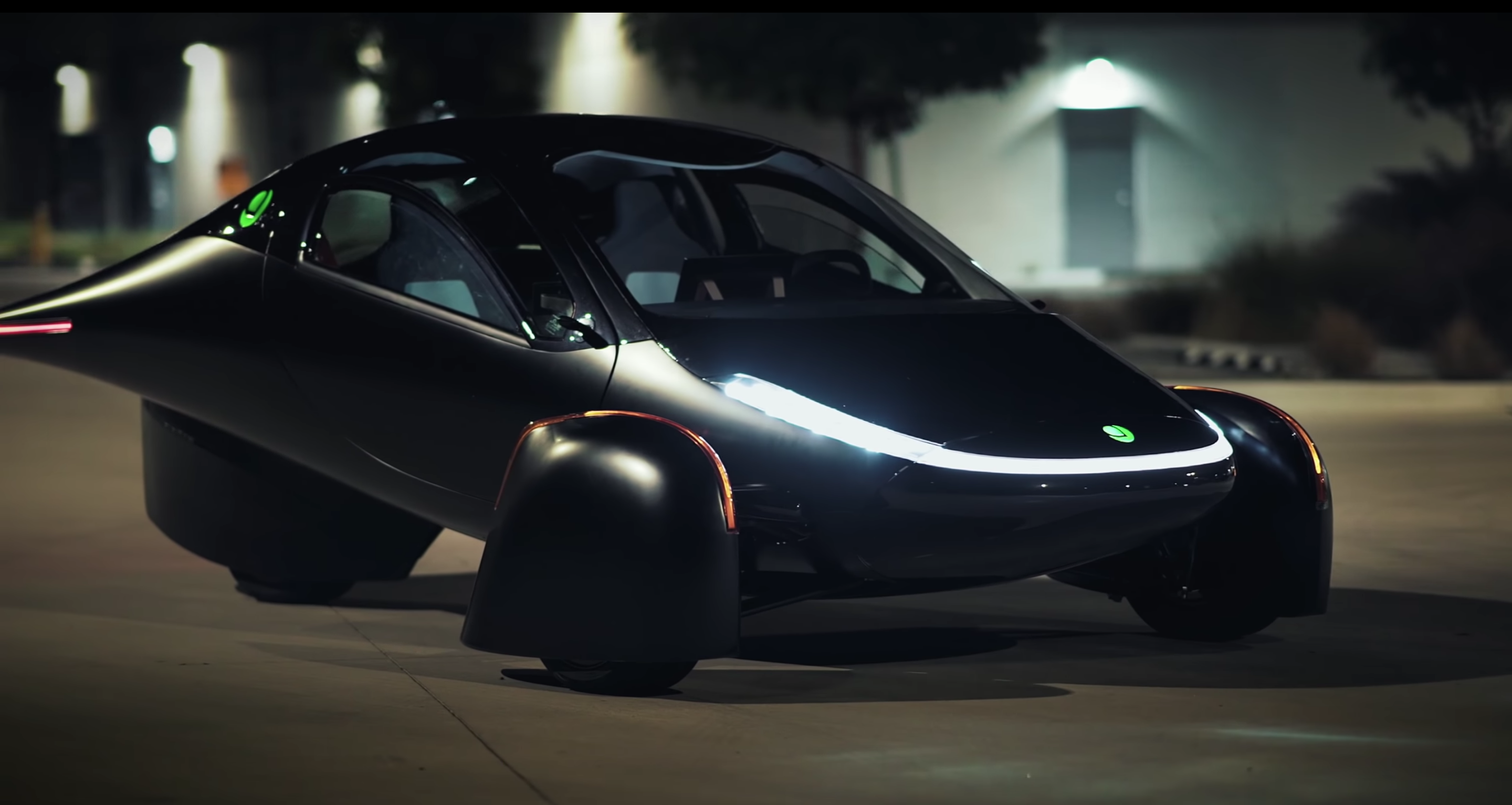 However, the company failed to pick up interest in the market and all plans were later shelved. Cofounders Steve Fambro, Chris Anthony, and Michael Johnson then created Flux Power, a company that specializes in creating batteries for electric forklifts.

The team is now coming back with the original concept, but with tech suited to match the modern standards. The latest incarnation of the three-wheeled Aptera can reportedly run for up to 1,000 miles on a full charge. But what makes it stand out is its ability to partly charge via solar power with something known as “Never Charge” technology.

The Aptera will be sold with the option to include solar panels on the roof, hood, or the back of the vehicle. The company claims that these panels can offer up to 16 to 40 miles of range per day depending on the configuration.

In terms of raw power, the Aptera will be available in a 100 kW front-wheel-drive variant as well as a 150 kW all-wheel-drive model. However, the key highlight here is the range of up to 1,000 miles depending on the model. This is possible thanks to the extra lightweight body which means that even a smaller battery can eke out a decent range. The company also mentioned that this EV has a drag coefficient or Cd of only 0.13.

The company is currently taking reservations for the Aptera on its official site and plans to bring this three-wheeled EV to the streets by 2021, though the precise timeline is currently unclear. Be sure to check out the launch video below.