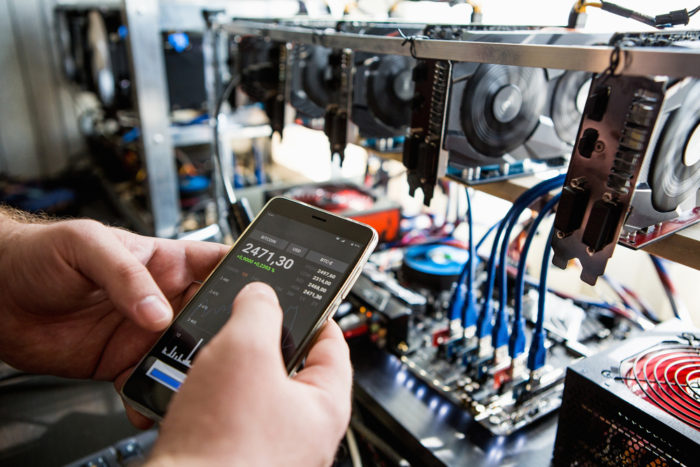 Cryptocurrencies seem like a great way to “get rich quick.” After all, when a single Bitcoin is being sold from anywhere between $7,000 and $12,000, it seems simple — get a Bitcoin and make some money, right? And from what a lot of people say on the surface, it seems rather straightforward — download some software on your computer, and start mining for coins. Simple, right?

Well, not so much. Bitcoin, for example, is a very mature cryptocurrency that is actually pretty difficult to mine. That’s because that so many are already in circulation that the mathematical computations to achieve a Bitcoin only get more and more complex. That makes it harder for slower computer to crack those codes, and almost always means that someone with a faster setup will crack that computation before you.

That said, if you follow along with us below, we’ll help you identify the best cryptocurrencies to mine even today. Let’s get started, shall we?

Bitcoin can still be one of the best cryptocurrencies to mine today. Like we mentioned earlier, it’s a very mature crypto market, and the computations that your computer needs to crack can take a lot of processing and GPU power; however, if your computer can solve one of those computations, you have a Bitcoin that you could easily sell for thousands of dollars.

So, like we mentioned, Bitcoin can be a great crypto to mine, best it is going to take quite a bit of an investment in a solid, high-end computer. To have a chance at solving one of the Bitcoin computations, you’ll need at least a couple of high-end video cards that are designed for crypto mining,

Many of these video cards have gotten astronomically expensive, and that’s largely because the popularity of mining for cryptocurrencies has drove prices way up.

That said, Bitcoin can be a great cryptocurrency to mine, but it does require some serious processing power. You can expect to invest anywhere between $5,000 and $20,000 into a computer for mining for Bitcoin. It’s a massive upfront cost, but if you can be successful at it, it can be a massive payoff.

And if you follow venture capitalist Tim Draper at all, who has had some serious success in predicting Bitcoin investments, he believes that Bitcoin will soon — as in the next four years — will be worth $250,000 a coin. With how volatile Bitcoin is, we don’t believe that or recommend holding out for that, but it’s at least something worth thinking about.

Litecoin isn’t nearly as popular as Bitcoin, so you might have a better chance at mining for Litecoin. However, you still do need to make sure that you have a powerful computer to mine for Litecoin. That’s because if you’re mining with a somewhat average PC, people with more powerful computers are going to be solving Litecoin computations a lot quicker than you.

However, overall, Litecoin should be easier to mine for. It’s still fairly popular, but with it being significantly less in value — around $100 per coin at the time of this writing — it’s not nearly as sought after as Bitcoin. So, you do have a better chance at mining for Litecoins.

Litecoin is easily one of the best cryptocurrencies to mine, because it’s a little easier for someone to jump into. You don’t need nearly as much of an upfront investment either. You still need to make sure that you have a powerful computer, but you don’t need a $15,000 machine like you would with Bitcoin.

If you don’t have a high-end GPU that you can use for mining, you still might have a few hundreds to a couple thousand that you need to invest. Just like with Bitcoin, cryptocurrency mining as a whole has driven video card costs up, which is going to be the large majority of your investment.

To get started with Litecoin, check out the software that you need to start managing the mining here.

Despite its meme-based naming convention, DogeCoin can be a great alt-coin for folks to mine. This is because DogeCoin can be mined with only your CPU or processor — you don’t have to have some insane GPU setup to make any progress in mining.

That said, a graphics card is still recommended for DogeCoin. You’re going to get the best results that way, actually increasing your chances of obtaining coins. Believe it or not, AMD cards are actually the best way to go for this specific alt-coin.

Another alt-coin that is relatively new to the game is Vertcoin. Vertcoin uses the same proof-of-work concepts as Bitcoin, but was also developed with ASIC-resistance in mind. That means that the coin is resistant to large cryptocurrency mining operations, making it a whole lot easier for the layman to mine the crypto themselves, and without competing with the  power and resources those large operations boast.

One of the nice things about Vertcoin is that they have a GUI interface for their coin. That makes it easy to start the mining process without much technical know-how.

After you download the miner from Vertcoin, you open up the interface and choose the mining pool depending on your computing power. They have something called Network 2 and Network 1, which the former should be chosen if you have less than two cards, and then Network 1 if you have some serious computing power.

To find the best cryptocurrencies to mine, you will want to actually keep up on the latest cryptocurrency news. You’ll want to watch the technologies that are being developed behind the cryptocurrencies, and work on mining those specifically. That way, your mining before they’re popular, and then you can sell out at a substantial rate when they go up in value.

Ultimately, it’s all an educated guess that’s in your court. For example, Litecoin for the longest time, sat between $30 and $50 per coin. After some announcements about upgrades to the Litecoin network, and then actually rolling those upgrades out, the value in the coin did a little more than doubled.

That said, those who mined for and made an educated guess about those upgrades to the Litecoin network made some serious bank, making a ton of free money by sitting on coins, or doubling their money by investing in the coin.

You really do have to do your research, and it’s not always a guarantee that you’re going to be successful. Unfortunately, that’s just mining cryptocurrency for you — it’s an extremely volatile market, where some see massive success, and others see heartbreaking losses, as unfortunate as it is.

That said, instead of investing, mining for a coin that you think will take off — based on research and an educated guess — is probably your best avenue.

Finding the best cryptocurrencies to mine can be a great way to at least make some money on the side. It’s a fairly automated process, requiring you to do some initial software setup, and then your computer mines for your chosen crypto all by itself, automatically.

Depending on the crypto that you choose to mine, it can be a big upfront investment; however, you could potentially make some serious cash if you go about it the right way.

Just remember that, as you begin to acquire cryptocurrency, you’ll also want to keep a close eye on dips and surges in the market so that you’re always selling your coin at the best price. It’s not much of a difference when Litecoin swings by a couple of dollars in either direction every couple hours, but its a little bit of a bigger thing when Bitcoin does that by a couple hundred or couple thousand every couple hours.

Do you have any suggestions for the best cryptocurrencies to mine? Let us know in the comments below, and why!